McLaren CEO Zak Brown says the British marque is still interested in joining the FIA World Endurance Championship's hypercar class, but is cautious of what he calls a "chicken-and-egg" situation.

Brown said last December that McLaren was looking into joining the WEC's top class in 2021, towards the end of the first full season under the new rules due to start in September 2020.

Since then, the Automobile Club de l'Ouest and the FIA have opened up the rules to road-going hypercars such as the Aston Martin Valkyrie and McLaren Senna, which will race against the prototypes with styling cues from street machinery originally envisaged for the class.

Speaking during last weekend's Long Beach IndyCar round, Brown confirmed that McLaren is still weighing up whether to press ahead with its hypercar project, as the ACO continues to "perfect" the rules which are likely to involve some form of performance balancing.

But he stressed that the Woking-based brand must be confident of having competition from other marques "within its brand segment", such as Aston Martin, Porsche or Ferrari.

"We’re pretty far down the road in that we’ve been at the table for the discussions from day one," Brown told Motorsport.com. "We’ve spent a lot of time and effort and we have a small team inside McLaren that is working on the feasibility of the project.

"The ACO are still modifying the rules trying to perfect those, so we need them to take a final direction so we can do our final assessment on whether we want to move forward there.

"It’s like our analysis of IndyCar – we need first and foremost that it’s not a distraction to our Formula 1 effort. Then we need to discuss if we think we can be competitive and if it is commercially viable.

"I think I can say we look on the idea favourably, but like with IndyCar, we haven’t made a final decision."

Asked why he felt manufacturers had so far proven reluctant to commit to the new ruleset, Brown said: "I think it’s a bit chicken-and-egg with all the manufacturers.

"No one wants to go to a situation where they’re just competing against themselves, a kind of one-manufacturer racing series. You want competition, and you want that from within your brand segment, in addition to other competition. That’s an important element to us."

Brown also ruled out a McLaren WEC car being based on either the 720S model, which races as a GT3 (pictured below), or the Senna, the track-day special that is largely based upon the 720S.

"No, it would be [based on] something new," he said. "We race for the future and you’re not going to race something based on the 720S, which is already racing." 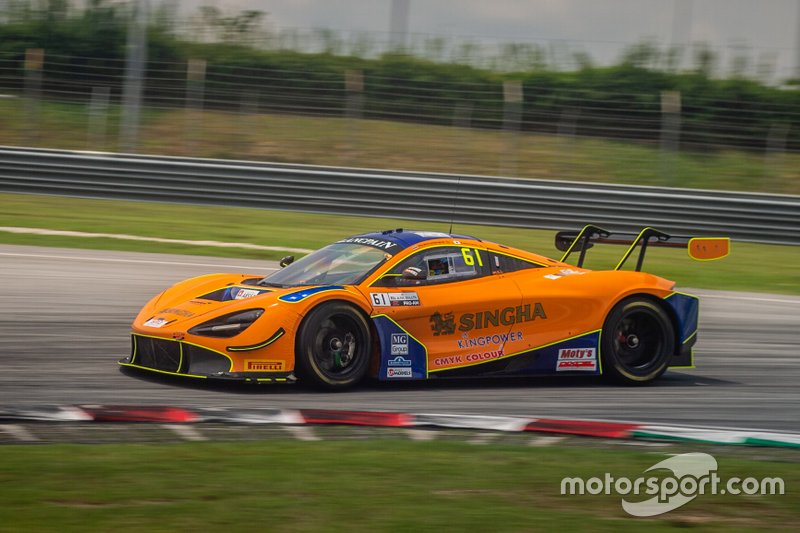 Alonso unlikely to remain with Toyota for 2019/20

Why crypto fan tokens are coming to Formula 1