In at number 14 on our countdown of the biggest stories in motorsport is a story that made sportscar fans worldwide breathe a big sigh of relief: the impending start of the FIA World Endurance Championship's hypercar era.

Despite having no real opposition for a second year in a row in the Le Mans 24 Hours, Toyota contrived to make the closing stages of the FIA World Endurance Championship showpiece suitably dramatic as a puncture and some faulty tyre pressure sensor wiring denied the occupants of the #7 TS050 Hybrid what would have been a well-earned first win at La Sarthe.

But the 2019 edition of the French endurance classic will probably be remembered for less for what happened on-track than the news that arrived a day before the tricolore dropped: that the future of the WEC's hypercar ruleset was finally secured after months of uncertainty.

It was during Le Mans week in 2018 that the vision of the Automobile Club de l'Ouest was first revealed, with an emphasis on prototypes with road-car styling, strictly limited budgets and hybrid technology remaining at the centre of it all. But besides Toyota and a couple of other minor outfits in the form of ByKolles and Glickenhaus, there were no takers.

While some other manufacturers, notably Aston Martin and McLaren, expressed an interest, the months rolled by with little in the way of concrete news.

Amid the deafening silence from the ACO, speculation intensified that alternatives were being considered, including using the IMSA WeatherTech SportsCar Championship's successful DPi platform or creating a new ruleset involving beefed-up GTE cars. But behind the scenes, Aston Martin and others were pushing to be allowed to use road-going hypercars as the basis for their new machines, not wishing to go to the expense of building bespoke prototypes.

In the end, the ACO caved to the pressure and a two-tier set of regulations were painstakingly drawn up over the course of the following weeks and months that would allow the originally-envisaged lookalike prototypes and genuine road-going machinery to battle on equal terms. It was also conceded that hybrid powertrains would not be mandatory.

At Sebring in March, these changes were confirmed and the ACO said it expected at least one manufacturer to build a car along such lines. And yet, those that had pushed for this to happen continued to stall, and as late as mid-May there was a still real danger that, if a proper rival for Toyota could not be found, the entire concept would be ditched.

It was only in the week prior to the start of track action at Le Mans that it became clear that Aston Martin had finally decided to take the plunge. And when the official announcement came on the Friday of race week, the sportscar racing world could breathe a sigh of relief.

And so, the stage was set for the 2020/21 season: Toyota, as it had planned all along, would build a hybrid-powered replacement for the all-conquering TS050 Hybrid based upon the GR Super Sport concept car, while plucky upstarts Aston Martin would be converting the Valkyrie road car into a non-hybrid contender. Sure, there would be one more season of Toyota dominance to endure first (which we're in the middle of now), but at least with the promise of better times ahead.

If the lack of information coming from the Aston camp since the 2019/20 season-opener at Silverstone was a cause of concern for some, especially against the backdrop of less-than-stellar financial results for the British marque, there was more good news on the horizon from an unlikely saviour in the form of Peugeot.

Shortly after November's Shanghai race, the French manufacturer unexpectedly announced its plans to return to the WEC in 2022 in what appears to have been a deliberately hazily-worded press release with a new hybrid-powered successor to the 908 HDi FAP. Some weeks later it was confirmed that Rebellion Racing, currently the WEC's lead privateer outfit, would also be part of the Peugeot assault for a fourth victory at Le Mans.

Better still, it appears the arrival of Aston Martin and now Peugeot has not dimmed the desire of the ACO to make its new ruleset compatible with IMSA's next-generation DPi formula that's due to come into force in 2022 - a rare victory for common sense in top-level motorsport.

As if hypercar on its own wasn't tantalising enough, the prospect of hypercars mixing it with the DPis at Daytona and Road Atlanta, and the IMSA contingent coming across the pond to vie for honours at Le Mans should be enough to make any endurance racing fan salivate.

So, those that are already looking forward to a return to proper multi-marque competition for outright honours at Le Mans 2021 will be in for a real treat the following year. With Peugeot hinting at a possible early debut for its hypercar, who knows how many manufacturers will start the race with genuine aspirations to walk away with the trophy? 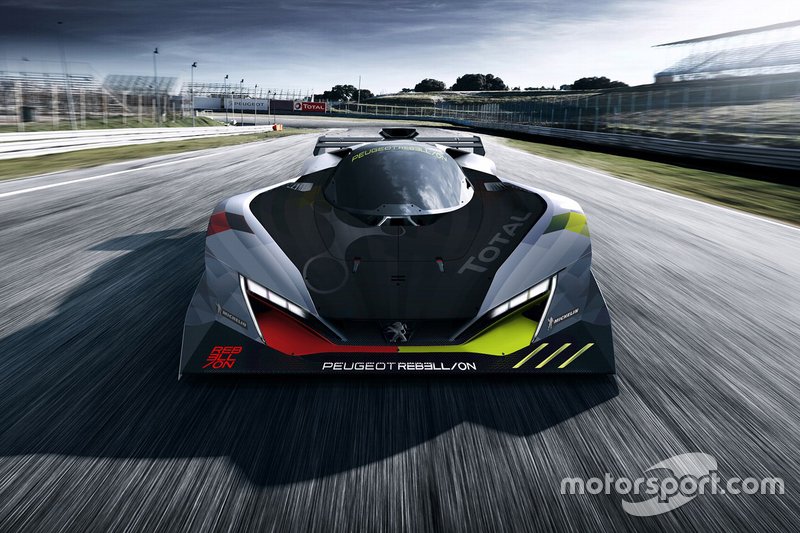