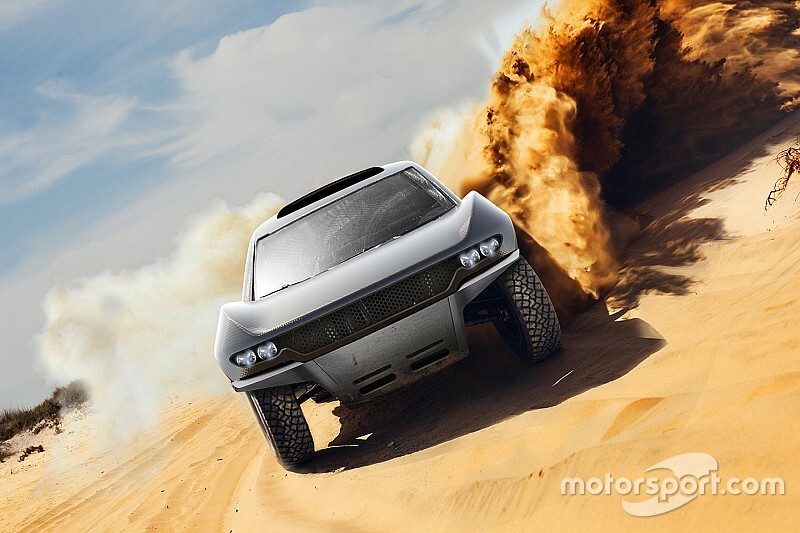 World Rally Championship-winning outfit Prodrive has entered into a joint venture with the Kingdom of Bahrain to develop a new car to contest the Dakar Rally in 2021.

The British engineering firm, which claimed WRC drivers' titles with Colin McRae, Richard Burns and Petter Solberg and a run of three straight manufacturers' titles between 1995 and 1997 when it operated the Subaru world rally team, will form a new company known as Prodrive International for its first assault on the legendary off-road race next year.

Prodrive will build two works cars, which will compete in the top-tier T1 class, and also produce cars for customers.

The project will be financed by Bahrain's sovereign wealth fund, Mumtalakat, which sponsored this year's Dakar.

Since its last WRC programme with Mini ended in 2012, Prodrive has largely focused its motorsport activities on running the Aston Martin Racing's World Endurance Championship team, but has remained links with rallying by developing the VW Golf that has been campaigned successfully by the FAW-VW Rally Team in the Chinese Rally Championship.

It also produced the Renault Megane run by GCK in the World Rallycross championship.

Prodrive founder and chairman David Richards said the Dakar had been a "long-held ambition" for his company, which won the inaugural Middle East Rally Championship with Qatari driver Saeed Al-Hajri in 1984.

"It has been a long-held ambition of mine and Prodrive to compete in the Dakar Rally," Richards said.

"To be able to do so with the Kingdom of Bahrain's sovereign wealth fund, Mumtalakat, and in Saudi Arabia, makes the prospect even more special as the Middle East is where Prodrive started its motorsport journey in 1984.

"Dakar is a new and challenging project for Prodrive, but one that I and the whole team in Banbury are relishing."

Jonny Bourne OBE, Prodrive International's interim CEO, added: "As well as aiming to be competitive and innovative at the Dakar Rally in its fabulous new Middle Eastern setting, this joint venture also presents the opportunity to introduce to the Kingdom of Bahrain further high technology industries, which create employment, enhance local expertise and raise the profile of Bahrain as a centre of technological excellence in the Arabian Gulf."