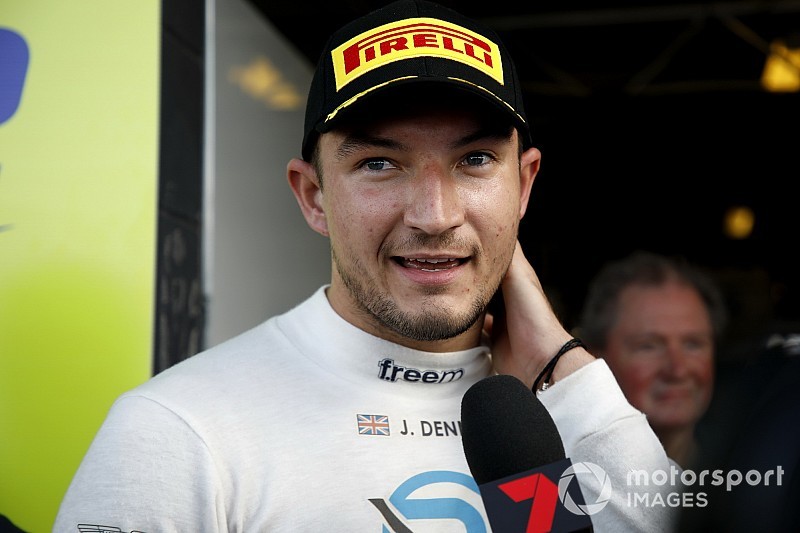 His appointment comes after he played a starring role in R-Motorsport’s inaugural Blancpain GT Endurance Cup campaign in 2018 with its Vantage GT3.

His connection with the team began in late 2017, thanks to Dennis’s history with R-Motorsport GT partner Arden International, with which the 23-year-old Briton was a race winner in the 2016 GP3 Series.

“I got approached by Julian Rouse [Arden manager] at the end of 2017 saying the R-Motorsport thing was happening,” Dennis told Motorsport.com.

“The DTM wasn’t spoken about at the time – we were just talking about the GT3 programme.

“The team was at such a high level straight away, doing everything properly, and it was such a successful year – we won the Silverstone 6 Hours and the performance on my side was quite strong.

“Florian [Kamelger, R-Motorsport principal] mentioned they were looking at the DTM, and that I was on the agenda, but it was still August so I just got my head down and got on with it in GT, and after that there became quite a push to get me into the seat.”

Dennis took part in the DTM Young Driver test at Jerez last December in a Mercedes run by HWA, the former Mercedes factory team that is the technical powerhouse behind the R-Motorsport Aston project.

“They put a few drivers in the car to see if we coped with it and if we adjusted,” said Dennis, whose first taste of DTM power had come in a Mercedes at the 2012 McLaren Autosport BRDC Award tests.

“The DTM is a great car, and having the extra power will make it more challenging – it’s going to be an exciting year.

“I’m super-happy to be in the DTM because I used to watch DTM races [when he raced in the supporting 2014-15 Formula 3 European Championship] and think, ‘That’s the pinnacle.’

“To race at that level is a dream come true – it’s unbelievable.”

Dennis also believes that all four Astons could be ready for the opening round at Hockenheim in May, despite Kamelger hinting last autumn that the team could start with a reduced entry while it got up to speed.

“Every intention is to get all four cars out,” he said.

“Everyone from HWA is pushing really hard and I don’t see any reason why we can’t make it.”