The ex-Formula 1 driver has been a notable critic of FE, despite praising it in marketing terms, because of the car's performance and the management driving style key to success.

Berger has also been cautious in introducing hybridisation to the DTM, maintaining it had to be justified as more than a marketing tool ahead of an expected spec hybrid component being added for 2022 onwards.

The DTM's vision for its futuristic touring car series, which could run in support of the DTM, involves both electric and hydrogen power - as well as robots conducting pitstops - to produce cars capable of producing more than 1,000bhp and speeds of over 200mph.

Asked about his critical comments of FE and how the mooted touring car series differs from it, Berger said: “I’ve always said that Formula E is justified as a marketing platform and that I can understand why many companies are getting involved.

"My criticism was directed at the sport itself because I think the cars are too slow and the driving style too strongly characterised by strategy and energy management.

“The cars showcased in our conceptual study offer something completely different.

"Here, we’re talking about high-performance racing cars, which – just as in DTM – are fast, spectacular, and able to race wheel to wheel.

"Another benefit is the fact that these cars will look like the cars you can buy at a dealership – they’ll be recognisable and distinct to each brand manufacturer.

"So, fans will be able to identify with these machines.”

The DTM's vision for its futuristic series also included a three-point feasibility check that included the balance of available technology against the racing show, the cost factor and the levels of interest from fans, sponsors and manufacturers.

Asked how realistic it was for the DTM to move forward with its concept, Berger said: "Obviously, that depends on a number of factors.

"First of all, technical feasibility. But we’ve been investigating this area quite intensively, and now need to draw on the expertise of specialists as we continue to evaluate its feasibility.

"This includes battery and robot manufacturers, for example, when you consider the ambitious and ground-breaking technology for the pit-stops.

"Naturally, financing the development also plays a major role – you have to get that properly balanced.”

Berger added it was too early to discuss specific costs.

"As in DTM, the costs have to be kept under control – they can’t spiral upwards," he said.

"And that’s only possible if large parts of the development are managed centrally, with key technical components such as the electrical drive system with electric motors, power electronics and the battery (BEV) or fuel cell all standardised.

"We already have an efficient standardised parts concept for the DTM, so that enables us to judge the situation very effectively.” 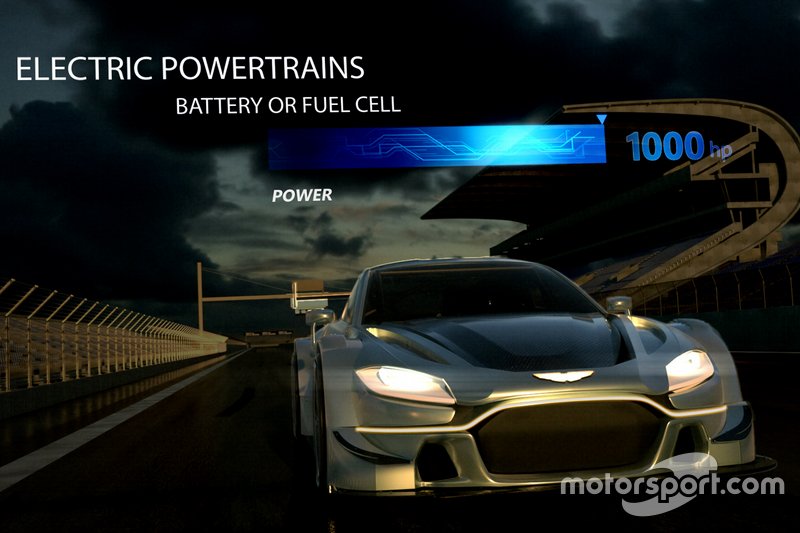