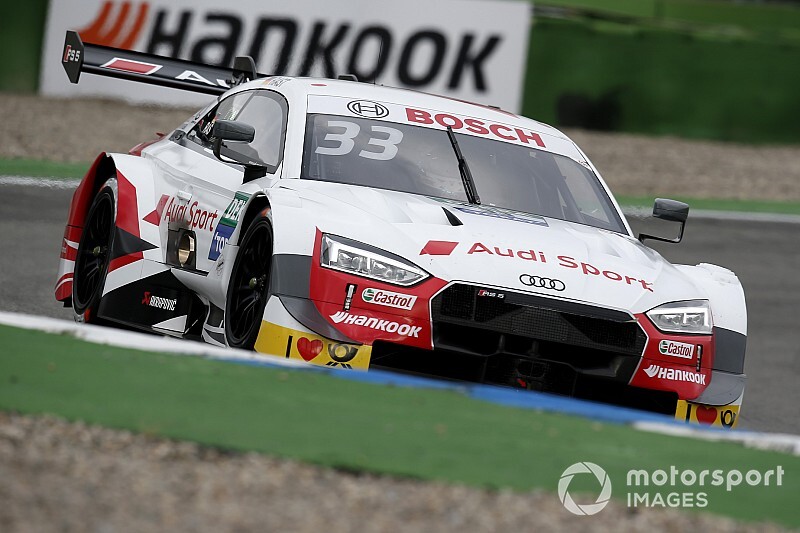 Audi motorsport boss Dieter Gass says his manufacturer offered a common engine concept based on its own design as a way to further reduce costs in the DTM.

Gerhard Berger's tenure in charge of the DTM, which began in 2017, began a renewed focus on reducing costs and moves such as a common aerodynamics package followed.

The DTM, Audi and BMW have said during the 2019 season that further reducing the costs of competing in DTM - which Berger claims is now comparable to a GT3 programme - is a difficult task.

But the introduction of the four-cylinder turbocharged Class One engine was a significant cost increase for 2019.

"It hasn’t been a hot topic but a few of you do know that there have been discussions about a common engine in DTM," said Gass.

"We were pushing along this project as well by offering that it could be based on our engine, so that was already showing that we are open to this kind of discussion.

"I still think that at the end of the day, in the DTM, we are having a concept which is based on many common parts.

"But the most expensive part of the car is still developing everything in the own company.

Motorsport.com understands that the common engine concept was first raised last year and that the move failed to gain traction with BMW believed to have been against the idea.

When Gass' comments were put to his BMW counterpart Jens Marquardt, he said: "I think there have been discussions before about the standard engine, whoever does it [supplies the engine].

"At the end of the day, it is something where you have to carefully think what the benefit is and what’s the downside?

"It’s definitely more difficult with regards to what we want to communicate [as a marketing message]."

There is also a belief in the DTM paddock that costs will naturally reduce in 2020 as development of the Class One engine will be restricted.

Marquardt added: "We have done the step now with the four-cylinder engine and we can freeze this development based on a reliable package, then look at the next step - a common hybrid system [planned for 2022].

"Given that direction, I would honestly say it would be difficult to go for a spec engine as well because then obviously there is nothing left but the silhouette."

Berger said he did not believe the common engine was "realistic" for the DTM.

"The racing in DTM in general, the racing is a marketing tool, and everyone wants to present his own technology and this is part of the thing.

"I agree from a costs reduction [perspective], that’s the way to do it [by introducing a common engine].

"But on the other side, we have already a lot of united parts, but the engine is always a little bit different - the most sensitive."