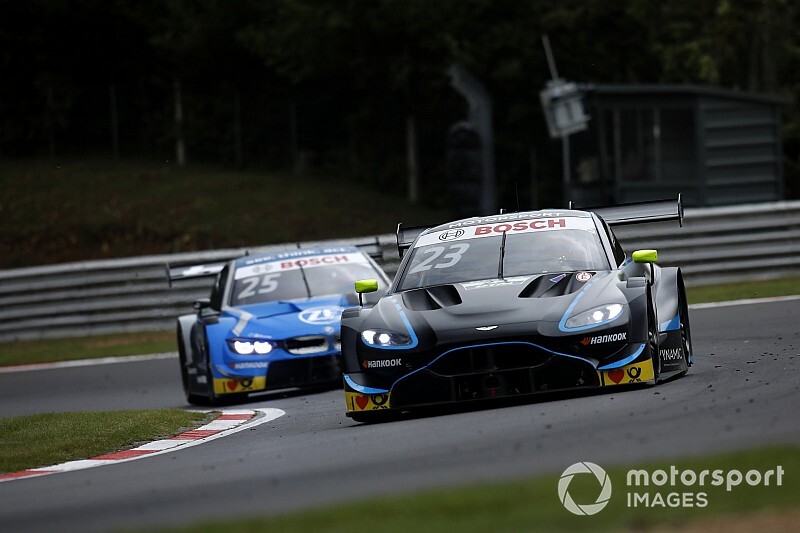 SUPER GT's Honda, Nissan and Lexus are unlikely to supply a Class One engine to R-Motorsport in 2020, leaving BMW as the leading candidate for the Aston Martin DTM team.

R-Motorsport's first season in the DTM with the Aston Martin Vantage was blighted by reliability problems - notably with its engine - and the team opted to split with engine builder HWA following the end of the 2019 season.

Kamelger told Motorsport.com at the event that R-Motorsport will announce the make-up of its programme in the "coming weeks".

The specialised nature of the Class One engine and short turnaround for 2020 makes an existing engine builder the most likely candidate.

Speculation had linked Honda to R-Motorsport due to the Japanese manufacturer's close relationship with Aston Martin through Formula 1, but Honda's general manager of motorsport Hiroshi Shimizu told Motorsport.com it had "not received an inquiry from R-Motorsport".

Toyota Racing's general manager Keizo Takahashi outlined why it would be so difficult for Lexus to supply engines to the DTM squad.

"I know Florian Kamelger and saw him here in Fuji the day before yesterday [Friday], but we haven't heard from them and haven't received any enquiries," he said. "There were no conversations on that matter.

"We probably can't provide Aston Martin with an engine at all.

"That's because our engine capacities are very limited. We have six cars in the SUPER GT Series and eleven cars in Super Formula."

Toyota also pointed to the fact that, like Honda and Nissan, it is currently deep into the development of its 2020 Super GT car, which will bring SUPER GT closer in line with DTM through Class One regulations.

There will still be some minor differences between the two series in engine specification, meaning SUPER GT will likely continue to enjoy a top speed advantage.

"We need to develop a new GT500 car for next year," said Takahashi. "We're also supposed to make six cars, so we don't have any free capacity at the moment."

Nissan said it could "theoretically" supply R-Motorsport with an engine.

"But that takes time and is also a question of budget," Nissan's chief operating officer Motohiro Matsumura told Motorsport.com. "If there is a request we would, of course, discuss it with Aston Martin. But there hasn't been a request up to now."

The stances of the three SUPER GT manufacturers likely leaves R-Motorsport with either Audi or BMW as realistic candidates for an engine.

But Kamelger told Motorsport.com recently that the Aston team could theoretically look outside the DTM for an engine supplier.

Motorsport.com understands Aston will not build a Class One engine because the four-cylinder turbocharged engine has little road relevance for the brand.

It is understood an Audi option has fallen through, leaving BMW as the most realistic scenario.

"I think it's first and foremost a topic for Aston Martin, for R-Motorsport. And I leave that to Florian Kamelger and R-Motorsport to talk about it," said BMW motorsport boss Jens Marquardt.

Despite speculation over R-Motorsport's participation in the DTM, the team has already confirmed it will race in the series in 2020.

DTM boss Gerhard Berger said at Fuji that he had faith it would be on the grid.

"Florian was here and says that they have everything under control, that everything is going in the right direction and that they will make it in time," said Berger.

"He has his partners and his package together. I trust what he says because he kept his word last year when we talked about similar things [ahead of its 2019 debut]."

Berger also added that R-Motorsport has recently ordered spare parts for 2020, as the DTM cars use a large number of standardised parts.

It is understood R-Motorsport sold its 2019 cars recently and it has confirmed it will not take part in the upcoming rookie test.