Robert Kubica has revealed that his ART team is having to deploy engineers to complete pitstops in the DTM because it doesn’t have sufficient mechanics for the task. 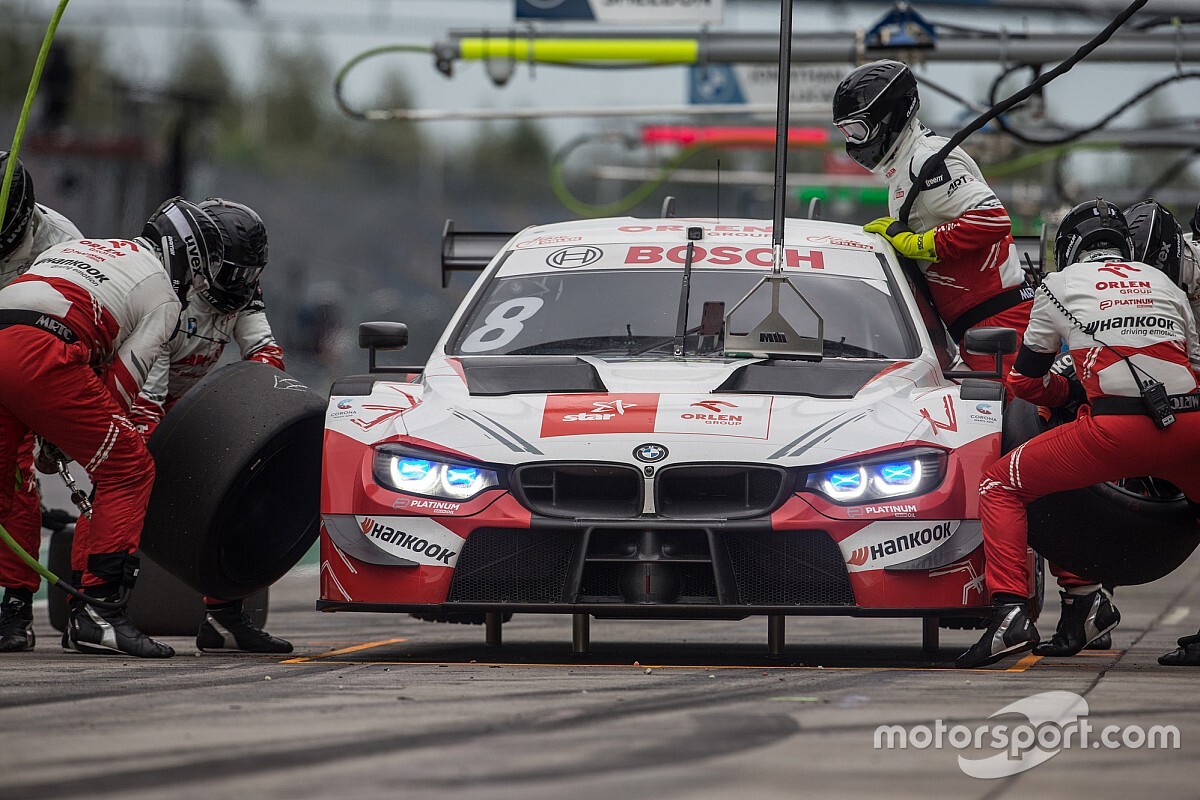 Kubica has entered the DTM this year after a largely unsuccessful comeback in Formula 1 in 2019 with the Williams team, and the Polish driver has partnered with ART for his touring car foray.

While ART has previous experience of the DTM as a factory team for Mercedes between 2015-16 , it is running a rather lean operation on its return to the category as a BMW privateer.

The DTM regulations allow nine people to take part in a pitstop, but Kubica’s pit crew only comprises four mechanics from ART, one from BMW and two additional members responsible for checking tyre pressure and reporting to control supplier Hankook.

This leaves a gap of two personnel which is filled by data engineer Sebastien Couzian and performance engineer Ronan Perlemoine, who lend a hand in the team’s pitstops on top of their primary duties.

The lack of an experienced crew partly explains why ART’s pitstops usually take over 10 seconds, while factory teams are able to complete the same task in around 6.5 seconds.

WRT, the only other privateer team on the DTM grid, operates three Audi RS5 cars and has recorded considerably faster pitstops in recent rounds.

“My tyres are changed by people who have been looking at the monitor for ten years and have never touched the car,” he added in an interview with Przeglad Sportowy.

“Big teams have sixteen mechanics. You can choose the people who are best at it. Having a private team with one car you don't have that comfort and that's why the pitstops are slow.

ART reshuffled its pit crew at the Nurburgring last weekend to reduce the time lost in stops, and Kubica believes the changes have already started to deliver the desired results.

"The whole team is making progress," he said. "Changing wheels is also getting better. The ORLEN Team ART staff often practice pit stops, which is clearly visible throughout the DTM paddock.

"I think we are also making progress in the pit stop area. Saturday's pit stop was perhaps not the fastest in the field, but probably the best in our races. We still have a long way to go, but things are getting better."

Kubica has endured a largely frustrating maiden season in the DTM so far, with a 10th place-finish in the first Assen race marking his only points finish of the year.

The Polish driver appeared set to log his best result of the season in the second race on the Nurburgring sprint layout, having qualified seventh and overtaken the BMW of Sheldon van der Linde to run sixth early on.

But a gearbox problem meant he was forced to head to the pits on lap 8 to retire the car, clocking his first DNF in the DTM.