BMW's Bruno Spengler will call time on a 15-year DTM career to switch to the IMSA WeatherTech SportsCar Championship in 2020, remaining with the manufacturer.

Spengler won the DTM title in 2012 - BMW's first year back in the series after an 18-year absence - and has overall contested 195 DTM races, winning 16 of them.

His last victory came at the Norisring earlier this year, and Spengler was one of only three BMW drivers to win during a difficult campaign that has led the manufacturer to review its set-up - including its driver line-up.

Spengler will now race for BMW Team RLL in an M8 GTE and joins the IMSA programme following a trying season in which BMW won the season-opening Rolex 24 at Daytona but then ended the campaign fourth of the four manufacturers in the GT Le Mans class.

“Firstly, I am obviously disappointed that I will no longer be racing in the DTM in 2020,” said Spengler. “I had a fantastic time for 15 years, during which time the DTM became part of my family. I have been racing in the DTM for almost half of my life.

"In my 195 races, I have enjoyed some fantastic success – above all, of course, my title win with BMW at Hockenheim in 2012.

"This title win will forever be very closely linked to [the late] Charly Lamm for me. As a sportsman, I would obviously have liked to have stuck around for a few more years.

"I would like to take this opportunity to thank all my mechanics and engineers who I have worked with all these years, and with whom I have celebrated so many successes.

"Even though it has come as something of a surprise to me that I won’t be contesting my 16th DTM season, I’m looking ahead.

"I feel right at home in the BMW family, I am about to face a new challenge, and I am ready to write a new chapter in my career.

"I know the BMW M8 GTE, BMW Team RLL and some of the circuits in North America. As such, I think I will find my feet quickly there."

BMW has confirmed that Spengler will remain a reserve and test driver for the BMW Andretti team in Formula E.

BMW motorsport boss Jens Marquardt said: “Very few drivers have had as big an influence on the DTM as Bruno Spengler has in the past 15 years.

“In winning the title in his first season for BMW in 2012, he achieved something that nobody believed possible at the time. In doing so, he earned a permanent place in the history of BMW Motorsport.

"The fact that he broke the 1000-point mark in his 15th season in 2019 underlines the outstanding status that Bruno has earned for himself in the DTM.

"Nevertheless, we were of the opinion that 2020 is the right time to head in a new direction together for the coming years. This decision was not an easy one for us."

Spengler's exit leaves at least one space in the BMW factory line-up for 2020 and Marquardt has previously confirmed it will at least retain its six cars for the coming season.

Lucas Auer has also been linked to a possible BMW DTM switch follow a season racing in Super Formula, after parting ways with Red Bull. 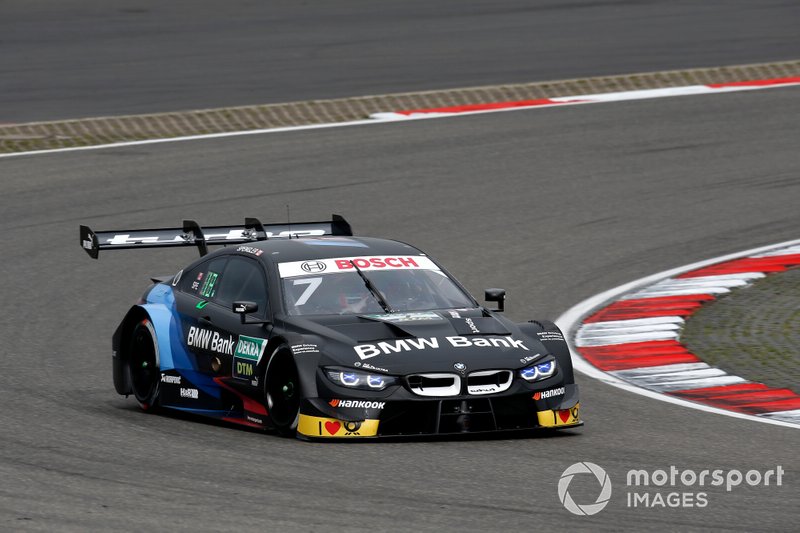