Albon had to "rewire brain" to drive Red Bull car

Alex Albon says a very different driving style required for the Red Bull has forced him to "rewire his brain" to get the most out of his new car. 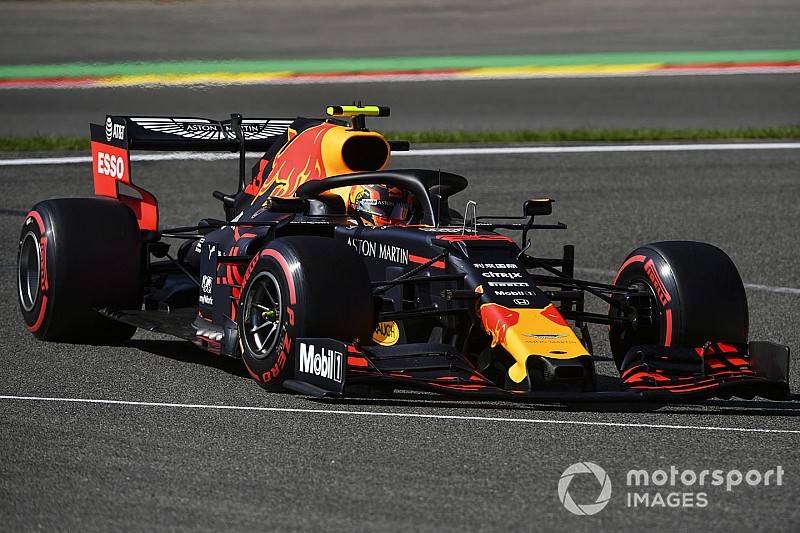 The Thai driver, who has been promoted to the Red Bull team in place of Pierre Gasly, nearly matched teammate Max Verstappen in first practice for the Belgian GP but was three tenths adrift in the second session.

But as he got to grips with the RB15 for the first time, Albon said that it felt like he was starting over again in learning about F1 cars because it required a totally different approach compared to the Toro Rosso he raced in the first half of the year.

"It's a different driving style that you have in Toro Rosso," said Albon. "You spend six months driving that way and you come to the Red Bull car and it is kind of remembering what other cars are like.

"You have to rewire your brain, start from the beginning and go again. It is not one thing in particular."

He added: "I felt a bit more comfortable in FP1 than FP2, and I am still trying to understand the car. It is very different to the Toro Rosso so it is quite difficult in some respects and better in other respects."

Albon was clear, however, that he had hit the ground running in terms of working with the team and feeling settled in.

"I feel at home with the guys, they've been nice to me," he said. "It is very different. I've felt that already.

"We did a bit of sim [work] on Wednesday and could tell it's going to take some time to get used to it. Once you're on track with the helmet you have a bit more G forces and feel the car a bit better. It's just baby steps really."

Albon is heading into the Belgium weekend knowing that he will start from the back of the grid thanks to an engine change penalty.

While that takes some pressure off in terms of him needing to deliver in qualifying, he says he also would have liked the opportunity to know just how quick he could go.

"I would still have liked to have qualified properly and see where I'd have gone," he said.

"The focus isn't on short-run pace, it's trying to set up the car for Sunday. So there is a more chilled out atmosphere, but I still want to do a good job on Sunday."

Verstappen expects to fight Mercedes, but not Ferrari, at Spa