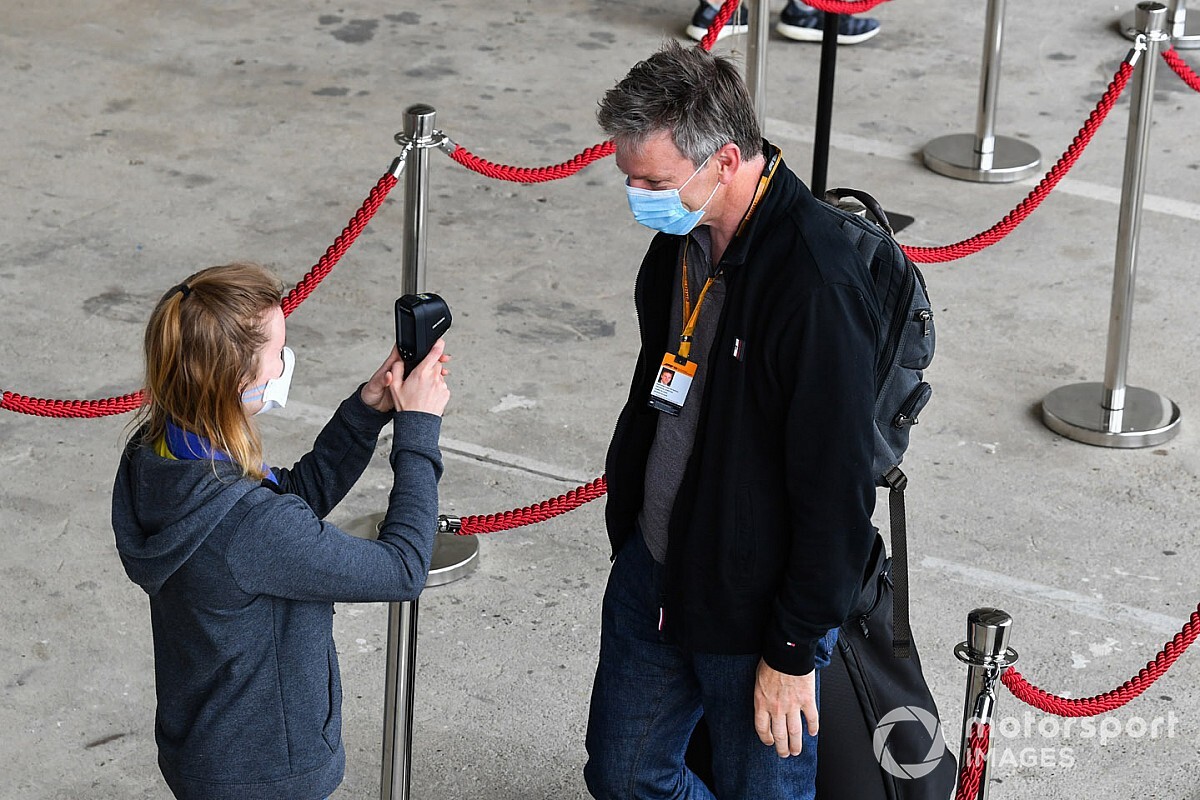 Formula 1 has revealed there have been two positive results for COVID-19 in the latest round of testing ahead of this weekend's Hungarian Grand Prix.

F1 has been conducting regular tests for COVID-19 on all personnel attending the "closed event" grands prix at the start of the 2020 season, which commenced with back-to-back races in Austria earlier this month.

A report has been issued each Friday revealing the testing numbers, with more than 8,000 tests resulting in no positive cases over the Austria weekends.

But F1 has now announced there have been two positive COVID-19 test results in Hungary following nearly 5,000 tests over the last week.

"The FIA and Formula 1 can today confirm that between Friday 10th July and Thursday 16th July, 4,997 tests for COVID-19 have been performed on drivers, teams and personnel," a statement reads.

"Of these, two people have tested positive. The individuals were not present in Austria, with the affected people removed from operations and isolated.

"Tracing of close contacts completed and isolated. The FIA and Formula 1 are providing this aggregated information for the purposes of competition integrity and transparency.

"No specific details as to teams or individuals will be provided by the FIA or Formula 1 and results will be made public every 7 days."

It marks the first COVID-19 cases in the F1 paddock since a McLaren team member tested positive ahead of the Australian Grand Prix in March, ultimately leading to the race being cancelled after the team withdrew.

F1 has been vigilant in its planning for such a scenario where someone does test for COVID-19 under the new guidelines, ensuring bubbles are adhered to in order to limit interaction and to reduce the chance of infection.

F1 managing director of motorsports Ross Brawn said last week that the sport could not get "complacent" about having no positive cases, believing it was inevitable a positive result would emerge eventually.

The FIA wrote to Ferrari over its drivers' actions over the Austria weekends after Sebastian Vettel was seen breaking the guidelines when talking to Red Bull team members, and Charles Leclerc opted to return to Monaco and exit his bubble between the first two events.