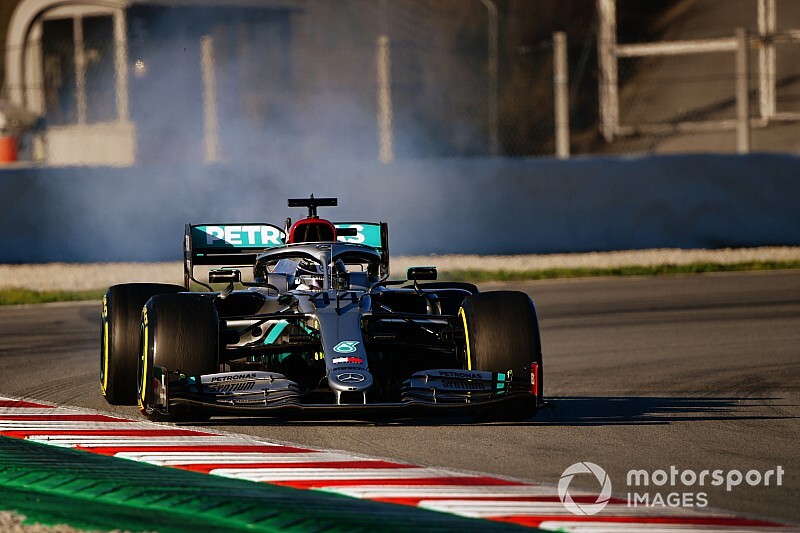 Lewis Hamilton has faith that Mercedes is doing all it can to get on top of its engine reliability problems before the Australian Grand Prix – despite admitting it has been a "difficult" winter for its power unit division.

While the new Mercedes W11 has emerged from winter testing as the car that many believe to be the fastest, it has not been an entirely smooth two weeks for the German car manufacturer.

It had to use two engines in the first test, after a power unit on Valtteri Bottas’s car failed following two days of running in week one.

That unit was then checked and given the all clear and put back in the car for the final day of this week’s test, after Hamilton suffered an oil system anomaly on Thursday afternoon.

Williams has also had to run three engines in testing so far, giving more reliability headaches to Mercedes as it finalises the specification it will take to Melbourne for the first race.

Motorsport.com understands that the engine issues that have hit Mercedes are not identical, so some understanding is needed on whether solving the initial problem has opened up an unexpected issue elsewhere.

Hamilton said that with development of power units having reached a level where big gains are hard to find, it has become harder and harder for engine manufacturers to extract more performance.

“There was a period of time with this V6 turbo where we were just gaining, gaining, gaining, gaining and gaining. But eventually, like with everything, you get to the point with limited returns. So it’s how much more can you squeeze out of the V6 turbo? How much further can you go?

“We are kind of in that peak top speed area now: where there is one kilometre more or one kilometre less you are gaining, for a lot of investment.

“But I fully believe in trusting the guys to be methodical with the way they move forwards and the engine is actually very good. It's an improvement from last year.

“It's just not quite where we want it to be reliability wise. But I am sure they are back at the factory now working hard to rectify whatever the issue is.”

Racing Point technical director Andy Green, whose team uses customer Mercedes engines and got through the test without reliability dramas, said that the problems other experienced did not come out of the blue.

"I think HPP [Mercedes’ High Performance Powertrains] are aware of the issues over the last few weeks and have known containment measures in place,” he said. “I don't think they are worried.

“They tell us they are not worried, so we are not worried. We think we will in a good place come Melbourne. This is testing, this is what it is all about..