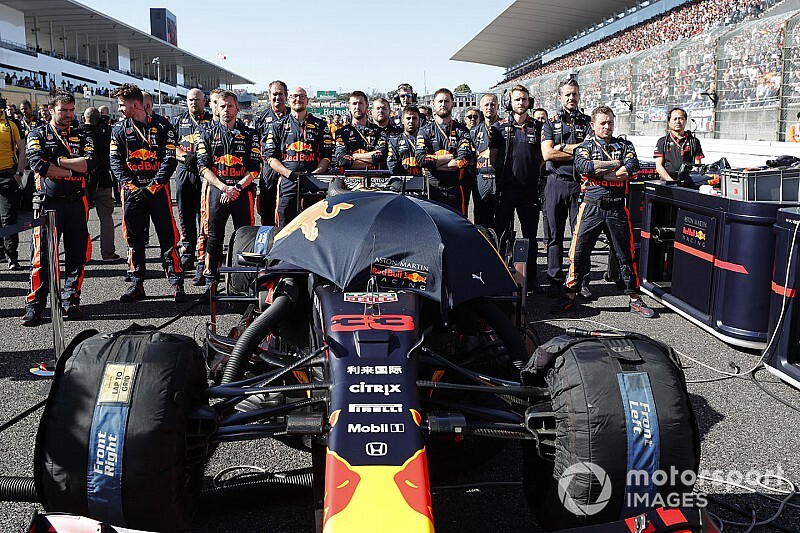 Red Bull’s hopes of regularly fighting at the front in Formula 1 are set to be boosted, with engine partner Honda saying it has made good progress in curing a weakness it had with race starts last year.

Honda, which has ambitions to fight for the world championship with Red Bull this year, has already proved that its new power unit is both fast and reliable during two weeks of running at Barcelona last month.

But on the back of the promise of its overall performance, Honda’s F1 technical director Toyoharu Tanabe says work has been made to address a deficit it had in its getaways in 2019.

During last season, there were several times when the aggressive engine mapping of the Honda engine led to its drivers suffering excessive wheelspin – which was most obvious at the wet German Grand Prix.

Speaking exclusively to Motorsport.com, Tanabe said: “The race start launch is very important. If you have got pole position it is very easy to lose.

“So during the season last year we keep working on that performance to control the robustness of the calibrations. We have been trying to improve that area and now we are confident on the launch performance as well.”

While Tanabe said that it was too early to judge how the new Honda compared to other manufacturers just yet, the feeling was that it had made some good progress this winter.

“So we work with Red Bull technology closely for the installation packaging for the chassis, and we could spend more time than last year for the packaging with each team. That is a good thing.

“Then the performance and reliability for the PU, always we work on both and make a compromise on usage mode and mileage for the race. There are many many items that we need to focus on but the three big items are performance, reliability and packaging for this year.”

While AlphaTauri has praised the ‘big step’ that Honda had made with its packaging, Tanabe played down the work that his staff had to do.

“It was not a big step, but maybe the designers said it a big step,” he said. “It was fine tuning. We worked very hard with the teams to improve the packaging.”

Asked if Honda had had the winter and pre-season testing it wanted, Tanabe said: “Yes. I believe it was better than last year.”

"Not a chance" of Australian GP without spectators