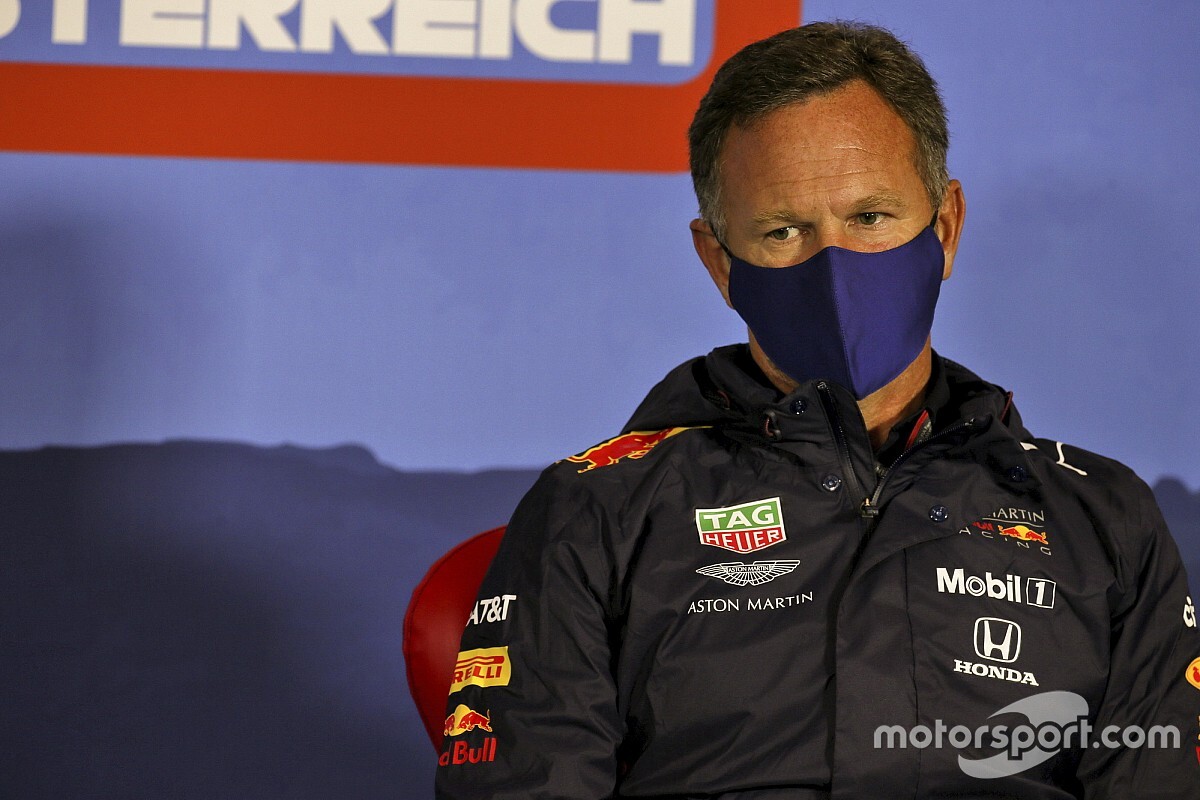 Red Bull team boss Christian Horner thinks Mercedes was ‘sandbagging’ in Friday practice, as he played down the prospect of yet being in a position to overhaul the world champions.

While Max Verstappen topped the times in Friday’s second free practice session, as teams pushed harder than normal in case the order decided the grid, Horner was reluctant to read too much into the step forward his team had made.

“I think we've made progress since last week if I compare the two Fridays,” he said. “So that's encouraging.

“Mercedes is still strong, they are probably still sandbagging a little bit, but yeah, I think we've improved our car. And hopefully we can score some points this weekend unlike last weekend.”

Red Bull has continued to experiment with a new nose concept on its cars, but both drivers said they felt the RB16 felt better after struggling with the balance last weekend.

Horner admitted that work had focused on making the car easier for Max Verstappen and Alex Albon to push to the limit.

“We obviously have been working hard on the setup and both drivers tried different things,” he added.

“But basically, we have made progress. The car isn't easy to drive, it is a tricky little circuit. But I think that we have managed to improve in areas that we were not as strong in last week.”

Verstappen was certainly happier with how much better the Red Bull has felt this weekend, having got on top of last weekend's balance struggles.

“I'm really a lot more satisfied with the car,” he told Ziggo Sport. “Just a different car, in terms of the way it feels. Much more predictable. So it doesn't suddenly break out anymore in a really weird way.

“Last weekend I had a spin at Turn 1 and I also went off at Turn 6. That was just because I couldn't feel properly what the car was going to do. Just because it was very nervous and breaking out very fast. We don't have that at all any more.

“So I'm very happy with that. I think we've taken a step forward. I'm not going to say that it’s immediately enough to beat Mercedes in qualifying. But from our side at least it's a car that's nicer to work with.”