Nico Hulkenberg said that a massive 0.5 second slipstream boost was to blame for the qualifying farce at Monza, as the FIA began summoning a number of drivers over what happened. 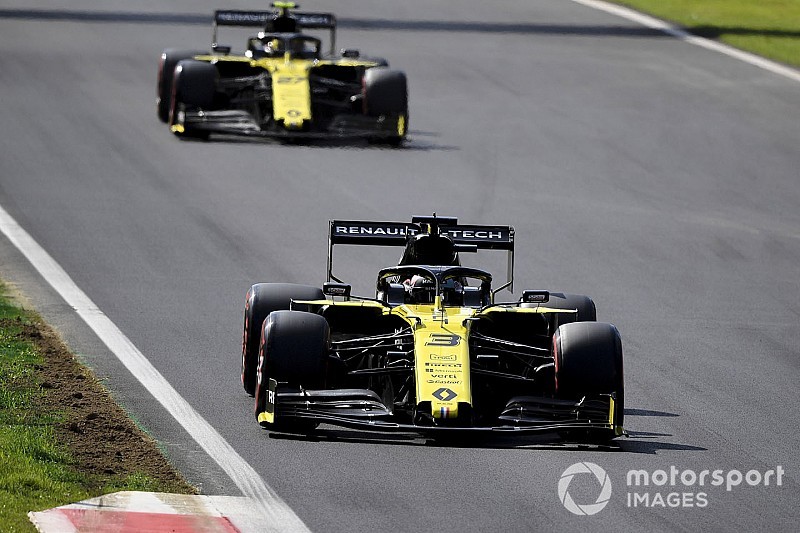 The final minutes of Q3 for the Italian Grand Prix descended into a fiasco as nine drivers all tried to back off to avoid being at the head of a train of cars.

But in going slowly they managed to time themselves out and most failed to get across the line to start a final Q3 lap – with only Carlos Sainz and Charles Leclerc getting a second attempt in.

The FIA has begun an investigation in to what happened, and is expected to call a number of drivers to judge if they breached the rules by driving unnecessarily slowly.

So far, Renault's Hulkenberg has been called up for running off track at the first chicane and then driving unnecessarily slowly, with Carlos Sainz and Lance Stroll also requested to attend as part of that investigation.

Regarding what happened at the first chicane, the stewards accepted his excuse that he had been so focused on what was going on behind him that he misjudged braking for the first corner and missed his braking point.

"I was watching my mirrors too much," he said, when asked by Motorsport.com about what happened.

While the investigation in to the slow driving continues, Hulkenberg said that drivers had no choice but to behave that way because of the big benefit of the tow.

"I think it's up to half a second," he said. "It's significant laptime.

Speaking about the moment when he drove slowly on the run to the second chicane, Hulkenberg said: "Yeah, we were all going slow at that point until everybody realised there's no time to go slow and it was all a bit tricky, a bit critical.

"It's just that the tow effect here is massive with the wake of the cars and nobody wants to be the first guy cutting through the air and that's the result of that, the side effect.

"I think Monza is probably the worst place for it but now going forward I don't expect it to be that extreme any more."

It is unclear how many drivers will be called up by the stewards as part of their investigation in to what happened in qualifying, but Mercedes boss Toto Wolff suggested all nine drivers should be spoken to.

"I just had a text message exchange with [sporting director] Ron Meadows whether there was any news, and he said no, not yet," explained Wolff. "But if I were them, I would call them all."