Imola boss Uberto Selvatico Estense hopes Formula 1’s return to the historic Italian track will not be a one-off, and says there will be "everything to discuss" with the sport's bosses after this year's event.

F1 formally confirmed on Friday that the Emilia-Romagna Grand Prix will be run at the former San Marino GP venue as a two-day event on October 31-November 1.

Imola offered to step in and host a race in 2020 as early as February, after the cancellation of the Chinese GP due to the global coronavirus pandemic.

Plans lost momentum when Italy itself became a hotspot for COVID-19, and after the situation improved Imola found itself in competition with Mugello for a second Italian race.

In the end, ongoing problems with scheduling flyaway events allowed F1 to sanction a third race in the country, with Imola joining the Nurburgring and Portimao as the latest additions to the heavily-revised 2020 schedule.

“We have been looking for this goal for many years,” Selvatico Estense told Motorsport.com. “We talked with the F1 Management people for a long time, and now we’ve achieved the target that we tried to get.

“I think our heritage is so important, we are so famous for F1 that this opportunity came true not only because of Covid, but also because F1 needs to come back to the historical tracks, back to the real passion of F1 fans.

“We are trying to apply to F1 for an opportunity for next year, but there’s everything to discuss after the race, I think. Our will is very clear, we are driven by our passion.”

Selvatico Estense also hopes that an easing of restrictions will allow Imola to sell tickets to the public for this year's race.

“On Friday our minister of health announced that probably after September they will open the opportunity to get spectators into events," he said.

“So we cross our fingers and we hope that the grandstands will be available for spectators, but nothing is fixed. Everything changes every day, so it’s very difficult to make a forecast. Our will is obviously to try to open the event, but who knows? 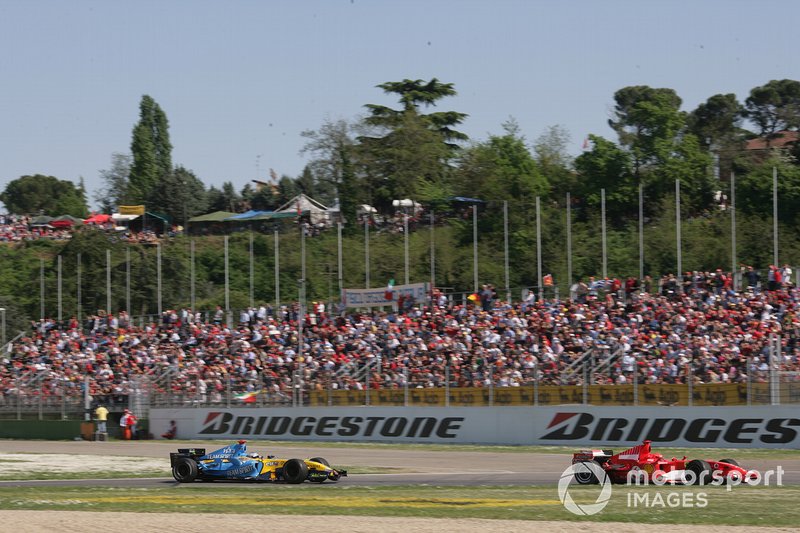 Selvatico Estense played down any rivalry between Imola and Mugello, which will host the Tuscany GP on September 11-13, a week after the Italian GP at Monza.

“We just knew from F1 that they also discussing with Mugello," he said. "It was not really a competition, but we tried to schedule in the best way alongside Mugello.

“It’s true that the first option was a back-to-back with Monza, and then when Ferrari proposed this celebration of their 1000th race we just discussed how to have a different challenge. Three races in Italy is something epic, I don’t think that will happen again.

“The region supported us for this purpose since the beginning of the discussions. This year they also spent a lot of money in order to grant the MotoGP in Misano, so I think this situation was also possible for us because of MotoGP.”

Selvatico Estense says that Imola won’t have undertake any major work to the track itself to satisfy the FIA, and it has been approved.

“[Race director] Michael Masi came to Imola for the inspection, and he was really surprised about our situation," he said. "We received compliments from him, and this obviously leaves us very proud.

"Right now we don’t have to change anything. We have to improve some details, but nothing very heavy or very important. We don’t have to modify kerbs or run-off areas.

"We just made some changes a few months ago on the run-off area after the Villeneuve curve, where Roland Ratzenberger crashed [during qualifying for the infamous 1994 race]. We changed the shape of that run-off area and we increased it at some other parts of the circuit, and the FIA people have been very happy about it.”

Regarding the two-day format, he said: “It’s something new. F1 informed me that they want to get this innovation at Imola, they want to try this new format, and I think it can suit well.”