Hamilton: Alonso will be in "great shape" on F1 return 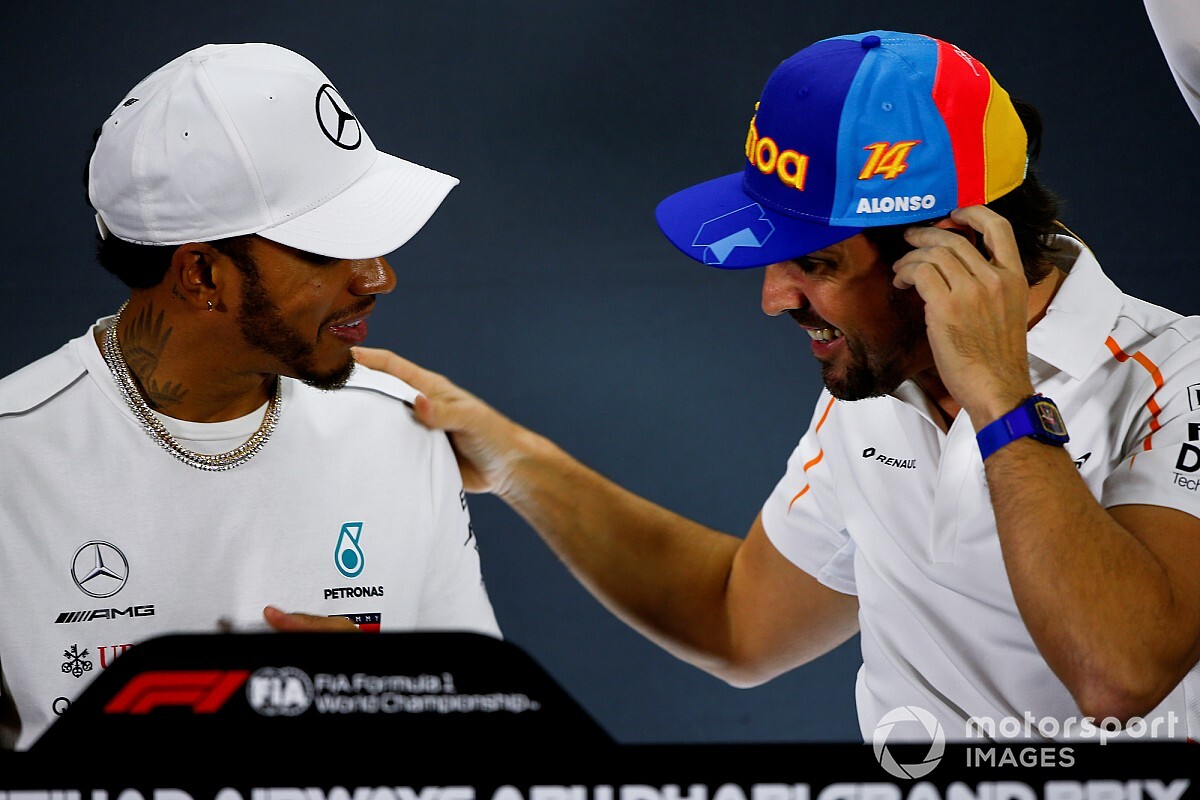 Lewis Hamilton says he has no doubt Fernando Alonso will be in “great shape” to make his Formula 1 return in 2021.

Renault announced on Wednesday that two-time world champion Alonso would be returning to the team next year, having walked away from F1 at the end of 2018.

Alonso will be 40 by the time he begins his comeback season in F1, provisionally making him the second-oldest driver on the grid behind Kimi Raikkonen, who is yet to confirm his future plans. Hamilton, 35, said the added experience brought by Alonso would be a huge benefit to Renault, even if he is one of the oldest racers on the grid.

"Experience definitely counts," said Hamilton. "Every team is pushing to develop and move forwards and evolve. Experience can help the team move in the right direction. So, that will definitely be a bonus.

"I don't know what it's like to be 40 yet, so I don't know how physically challenging it is. Michael [Schumacher] came here and I think he was physically great at that age. I have no doubt that Fernando can be in great shape.

"The bonus for me is I was the second-oldest and now I'm going back down to third-oldest. So, it's great!"

The arrival of Alonso for 2021 may come at the loss of four-time world champion Sebastian Vettel, who is currently without a seat after being dropped by Ferrari in favour of signing McLaren's Carlos Sainz.

Asked by Motorsport.com how much stronger F1 would be with Alonso and weaker for Vettel's absence, Hamilton said it would be a "shame" not to have both on the grid next year.

"The loss and the gain, I think whatever happens, Formula 1 is going to continue, whether we do or not," Hamilton said.

"They will replace us with somebody. If you look at the drivers that have stepped out over the past years, I don't think Formula 1 has lost anything. I think it has continued to grow in a positive direction.

"If Seb was to stop before his time, I think that would be a shame. I think he's got a lot more to give to the sport and a lot more to achieve.