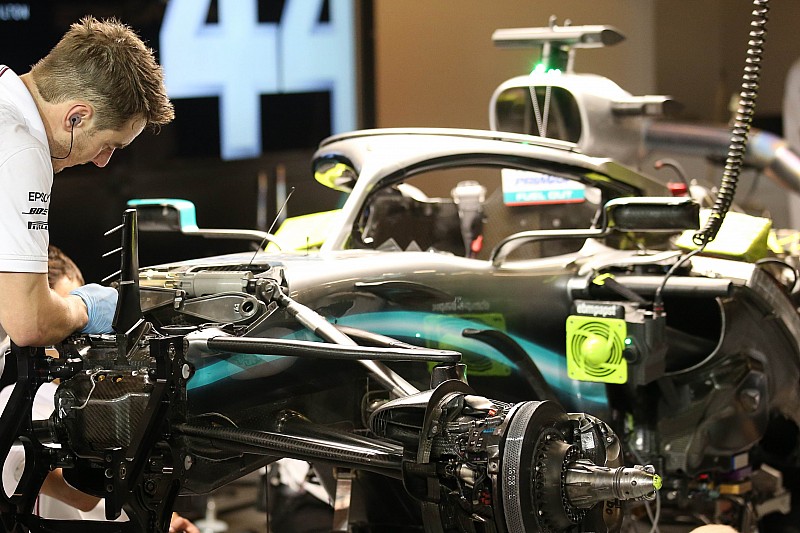 Mercedes has hinted that improvements to its Formula 1 power unit for 2020 have not come without challenges as it closes in on the spec that it will start the season with.

In a video clip issued on social media, Mercedes engine boss Andy Cowell said that the manufacturer has made progress but was "fighting a few little issues as ever," while the accompanying tweet noted "if you don't have setbacks, you're not trying hard enough".

Mercedes revealed on January 28th that the new power unit had already been run in the W11 chassis.

"Lots going on in Brixworth, lots of improvements across the whole power unit, on the ERS side, on the internal combustion engine side," said Cowell. "As ever fighting a few little issues as we pull everything together.

"So lots of work going into building the right spec, getting it long-runned, and then providing power units to the teams so that they can fire up their cars - I think you've spotted one that's fired up already!

"And then getting the hardware ready to go track testing. Car launch on February 14th, with a red rose, and then off to Barcelona with three cars hopefully pounding round the track.

"Just six days of track testing then before we're off to Melbourne."

Cowell said that Mercedes is already readying the race engines required by its three teams and six cars at the start of the season.

"And the race pool, a huge number of those parts already made, assemblies going together, and the challenge of getting everything to the other side of the world.

"So a busy time, chasing bits of performance, getting the reliability there, getting the huge amount of hardware together, and getting it to the other side of the world."

Inside Ocon's first day at Renault