Sergio Perez says the air has been “totally cleared” with Racing Point following his comments that the Formula 1 team was starting to “hide things” from him on Thursday in Russia. 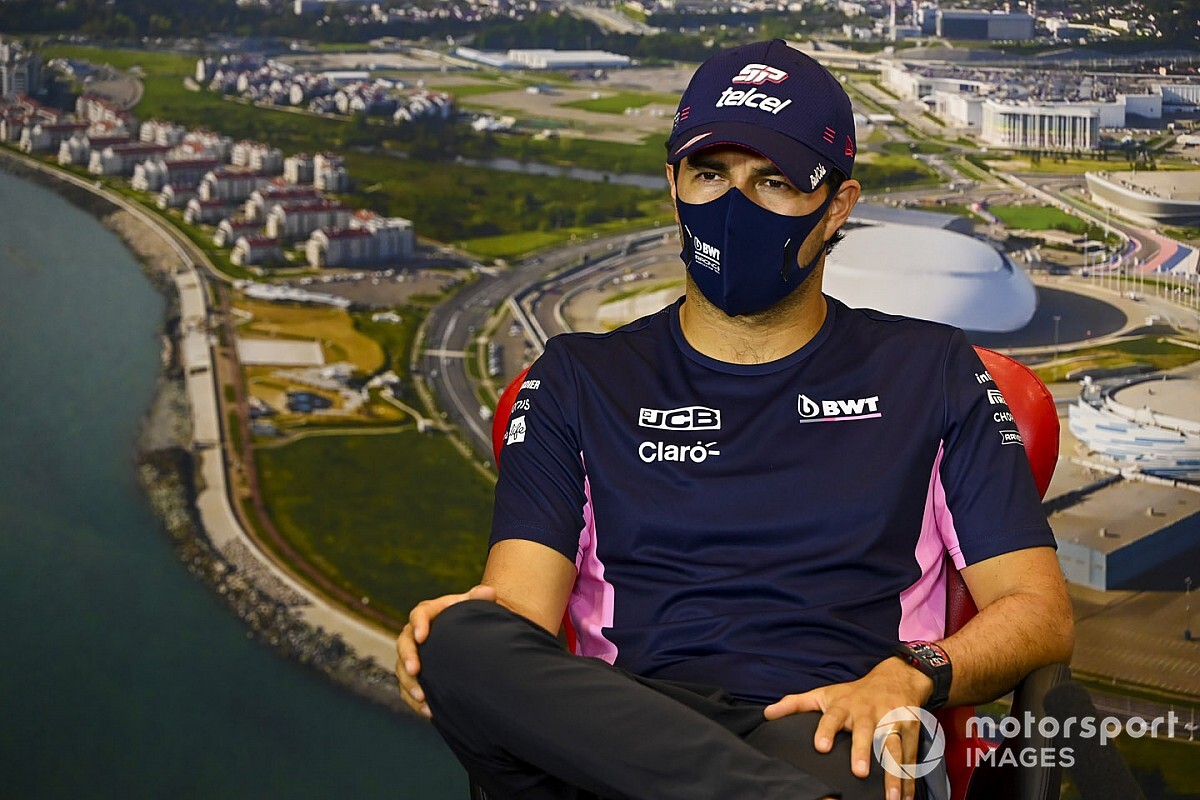 Perez will leave Racing Point at the end of the 2020 season to make way for four-time world champion Sebastian Vettel, with his exit being confirmed two weeks ago.

Perez said on Thursday that some members of the Racing Point team had started to withhold information from him since his exit was announced, and called for greater transparency to aid the team’s bid for third place in the constructors’ championship.

“Since the news came out, some people inside the team tend to hide things, which I don't think is great,” Perez said.

"I think at the moment we just have to be as transparent as possible to make sure we achieve our goals, and make sure that we score as many points as we possibly can.”

In a post to his social media accounts on Friday morning ahead of opening practice for the Russian Grand Prix, Perez revealed he had spoken to Racing Point about his comments, and that the air had been cleared.

“I have known this team for seven years and they are like family,” Perez wrote.

“I have spoken to the team and they accept my explanation. There’s no way after seven years we can finish in bad terms, the air is totally cleared.

“And we all move forwards now. We all want the same thing: to score as many points and be successful in our remaining races together.

“We will push and go for more podiums in this 8th [sic] final races together.”

Teams often create exit strategies for drivers when they prepare to leave the team in order to prevent a carryover of information to a rival.

Perez is yet to finalise his plans to race in 2021, but confirmed on Thursday that he is in talks over remaining on the F1 grid next year.

The most likely landing spots for Perez are at Haas and Alfa Romeo, with neither team yet to announce any drivers for 2021.

“There has been obviously contact with a couple of teams and talks,” Perez said.

“I think in the next week or so, I will know exactly what is a realistic option, and what isn’t. But obviously that is something I will keep between the teams and myself.