Red Bull doesn't understand why it was so quick in Austria 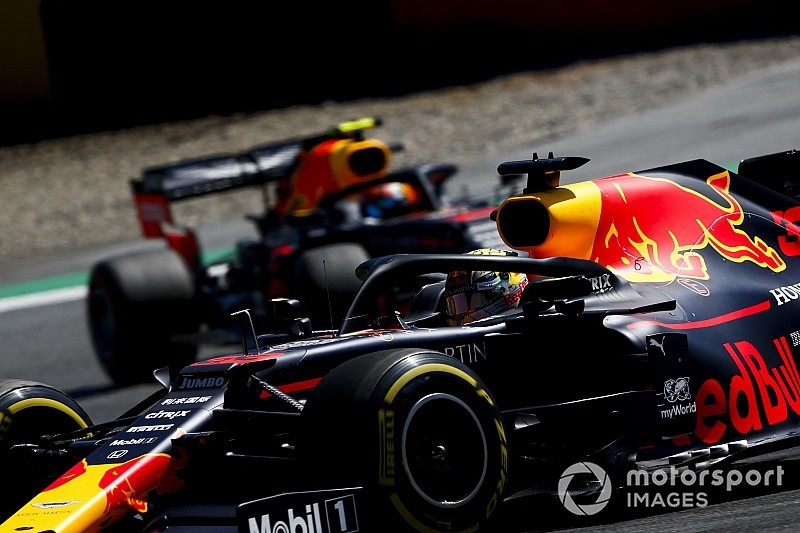 Red Bull has admitted it does not fully understand why its car was so fast at the Austrian Grand Prix.

Max Verstappen delivered his and his team's first victory of the season at the Red Bull Ring, after a brilliant charge through the field as the Dutchman fought back from an anti-stall moment at the start.

That recovery was helped with some impressive pace at the power-sensitive track, but the relative performance against both Ferrari and Mercedes has left Red Bull team boss Christian Horner slightly unsure of how to explain it.

"In the second half of the race, we were really on fire," explained Horner. "The car was incredibly quick. The reality is that we don't fully understand why.

"Obviously the updates we have been bringing to the car over the last couple of races have started to come together and work very well, but this race was won the hard way. We had to go and pass three of the four main opposition and Max did just that."

Red Bull's updates in Austria included a new front wing, which Verstappen himself reckoned had helped improve the feel and grip of the car.

Its win has justified Red Bull's switch from Renault to Honda this year, and moves the team closer the target of five victories that its motorsport advisor Helmut Marko said he was looking at for the 2019 campaign.

Although that five-win ambition looks difficult on the back of Mercedes' strong start to the campaign, Marko is standing by his call.

"You were in the press conference in Tokyo where I promised five wins," he told the media. "Some people declared me crazy or whatsoever, but I still believe we can achieve that."

Horner is more cautious, however, and says that he just wants to see steady progress over the campaign rather than defining a specific target.

"We take things one race at a time," he said. "We have achieved a race win with Honda, which is a great moment for them. I think they have had one win in the previous 27 years, so we will now try to build on that.

"We will keep getting performance to the car and keep pushing, but the first target is very much achieved."