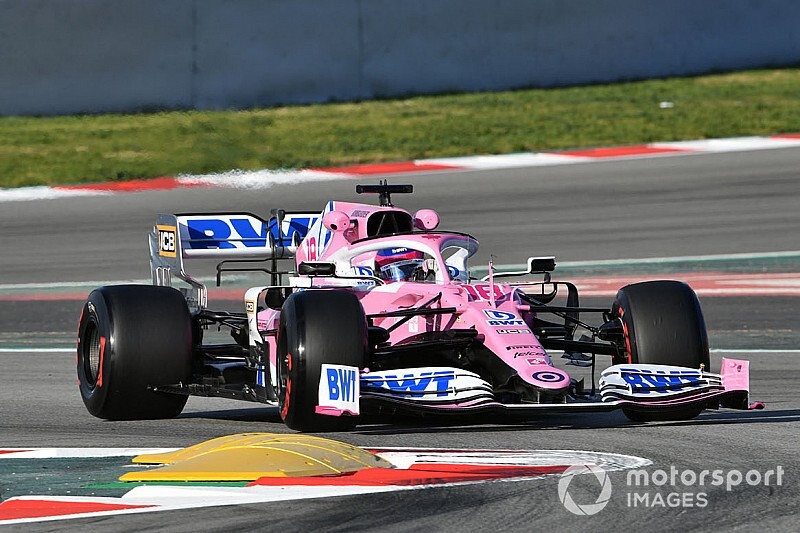 Racing Point has taken inspiration from Mercedes' 2019 design to come up with its RP20, and the new car has shown some impressive speed so far in pre-season testing.

But while Racing Point is adamant that it has done nothing against the regulations, rival Renault thinks that there could be big implications for F1.

Asked by Motorsport.com if his team was comfortable with what Racing Point had done, Renault's executive director Marcin Budkowski said: "I think it's a slightly concerning evolution for the sport.

"I think it's a trend that started a few seasons ago and it is a new chapter in that trend.

"I think it will be for the FIA to decide whether it's fully compliant or not. So at this stage, I don't think I have any more to say."

Renault's views on the topic were backed by McLaren technical director James Key, despite him being clear that his outfit wanted to focus on its own performance for now.

"Yeah, I agree with Marcin's point on that," said Key. "Of course we look at our competitors, and it's fairly clear what is going on with some of the similarities that you see. But our priority is ourselves. We're looking at where we are and concentrating on ourselves."

F1's rules, in terms of what can and cannot be shared, are changing slightly for next year, but Budkowski is not convinced it will completely stamp out teams forming close alliances.

"I don't think it changes completely the question. It stems from things like people sharing windtunnels. It's going in the right direction, but it doesn't prevent everything that you see."