Daniel Ricciardo thinks that reliability rather than out-and-out performance will decide the fight for third place in the Formula 1 constructors’ championship this year. 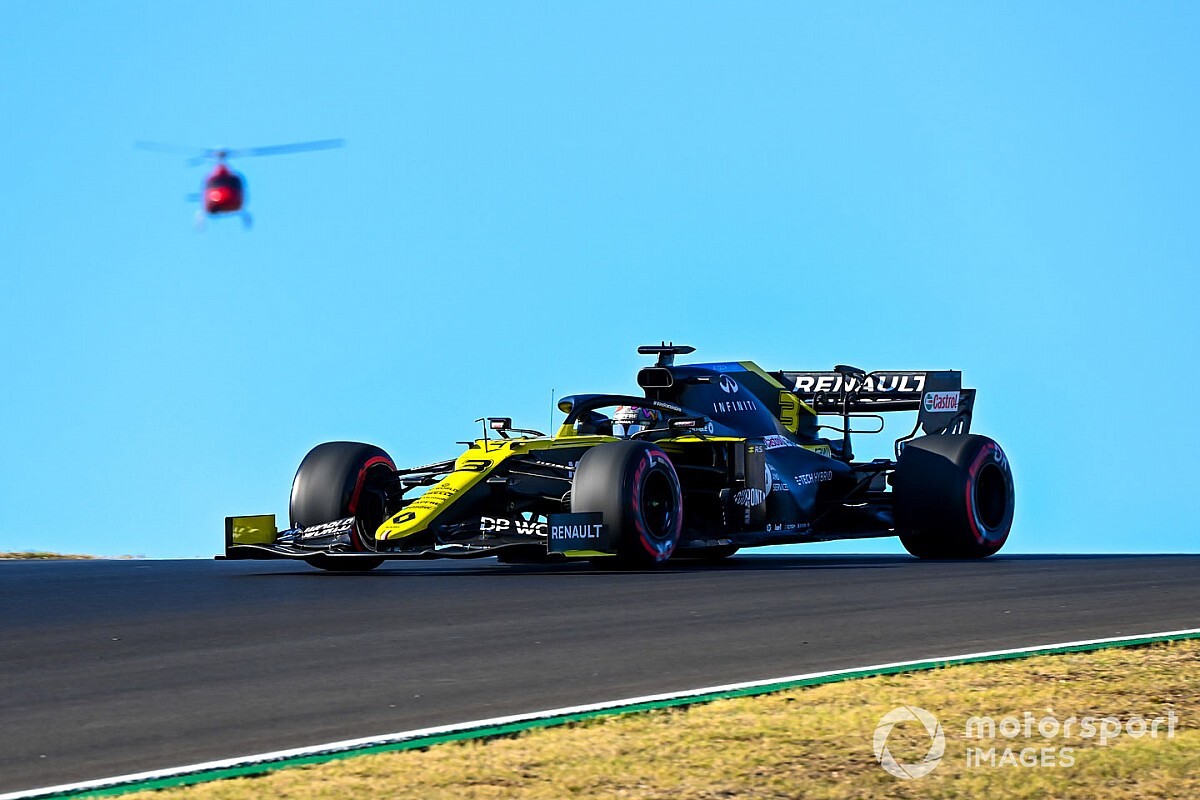 The Australian’s Renault team is locked in an ultra-close battle with Racing Point and McLaren for the best-of-the-rest spot behind Mercedes and Red Bull.

Ahead of this weekend’s Portuguese Grand Prix, only six points separates the three outfits.

While Renault has made good gains with its car in recent races, with Ricciardo finishing on the podium at the Nurburgring, he still feels that other factors than pace are going to come into play in deciding who nabs third.

“We’re definitely in the hunt – we are properly in it,” he said. “But I think equally, all three of our teams, I think we’re so evenly matched.

“Sometimes it’s up to the first lap – who gets a better start and who can get track position. I think that’s how close the battle is.

“I think what’s going to be important to dictate that battle is reliability and getting both cars in the points when possible. So that is what we’ll really try and target to make life easier.

“But it’s close. Obviously at the start of the year Racing Point looked a clear step ahead, maybe, then McLaren showed strong signs and we have as well. So honestly, I think it’s really close.”

While Renault’s pace was increased, it has still lost points scoring opportunities through mechanical issues.

Esteban Ocon has been forced out twice in the last three races with car problems, and the Frenchman is aware of the need for the outfit to ensure it does not suffer further issues.

“We are working hard on reliability and I think it’s been strong early in the year,” he said. “Of course a few occasions it’s happened recently, but overall what we have to look at as a package [is that] we’ve been very strong, and the performance has improved massively since the beginning of the season.

“Even if I had a retirement, I think it’s great to see that Daniel managed to put the car on the podium. It was a relief for the whole team – it’s been so long since they got that podium. And we got it that time.

“Of course, it would be great if we have some more during this end of the season and I’m going to try and get it also for my side.”