The start of Formula 1 qualifying for the Portuguese Grand Prix has been delayed to allow track repairs to be completed at Portimao. 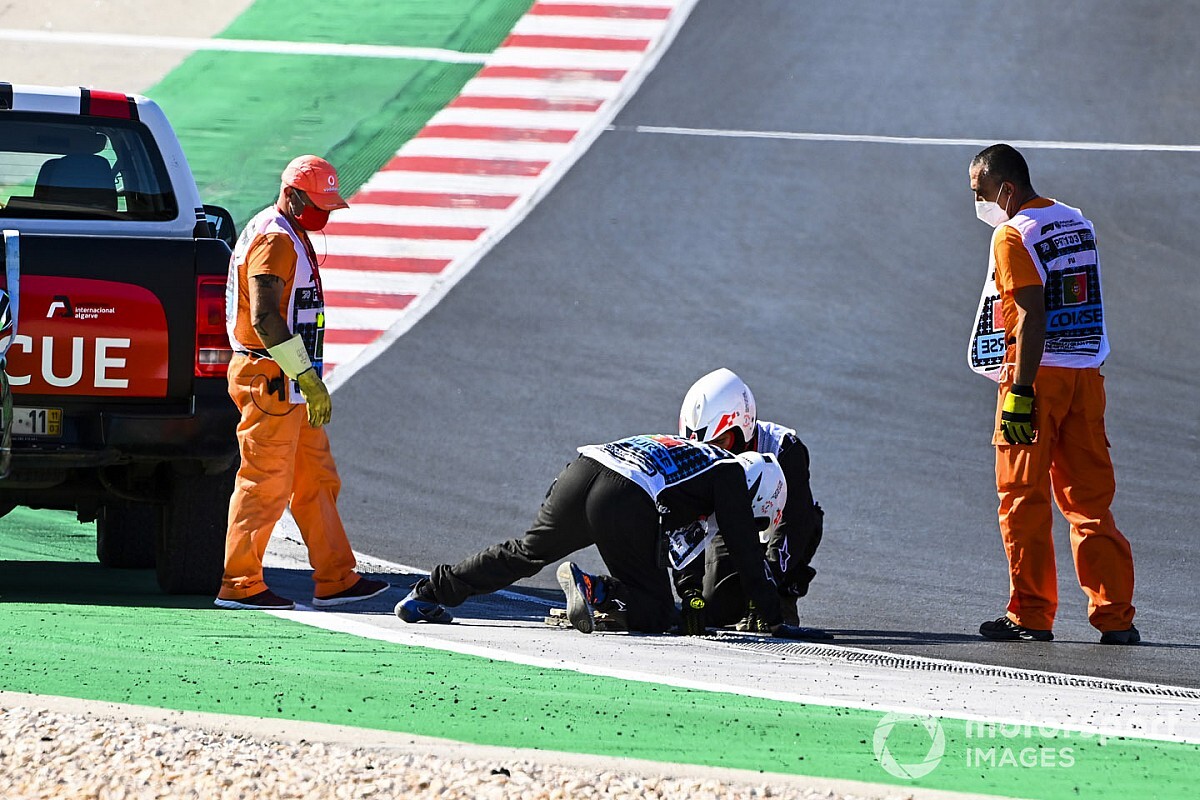 Final practice was red-flagged with one minute remaining on the clock after a drain cover came up at the exit of Turn 14 when Sebastian Vettel ran wide in his Ferrari.

Vettel reported to his team that the cover had come up, with the session being suspended soon after.

Race control confirmed 20 minutes before the scheduled start of qualifying in Portugal that the session would be delayed by 30 minutes until 2:30pm local time to allow track repairs to be conducted.

FIA race director Michael Masi was spotted on site at the corner along with a number of track workers and vehicles completing work on the loose drain cover to ensure it did not come up again.

Masi was joined at the corner by F1 sporting director Steve Nielsen and Eduardo Freitas, who is the race director in the FIA World Endurance Championship.

A complete check of the other drain covers around the circuit was also conducted during the delay to ensure no repeat of the issue at other corners.

The Autodromo Internacional Algarve underwent a complete resurfacing ahead of this year's race following its addition to the revised 2020 F1 calendar.

A number of drivers reported throughout practice they were struggling with the low grip conditions of the resurfaced track, with Carlos Sainz saying early in FP1 on Friday that it was "like Tokyo Drift".

"It's not a nice surface to drive," said Renault's Daniel Ricciardo after practice. "I guess it's just quite hard to feel it and making adjustments is tricky. We'll figure it out, but I think every driver is probably going to be complaining all weekend that the grip is low."

Red Bull driver Max Verstappen said he had noted a significant change in the grip levels of the track since a private test in a GT car earlier this year.

"When I was here in January, I thought it was a really great circuit, but they have laid new asphalt here and now there is very little grip," Verstappen said.

"We are just sliding and having these weird moments where the cars breaks away. If you just go into a corner slightly faster, suddenly there's just zero grip.

"So I have to say at the moment I don't like it very much."

Portuguese GP qualifying as it happened