McLaren driver Carlos Sainz believes there is no real benefit from spending as much time sim racing at home as his Formula 1 teammate Lando Norris does. 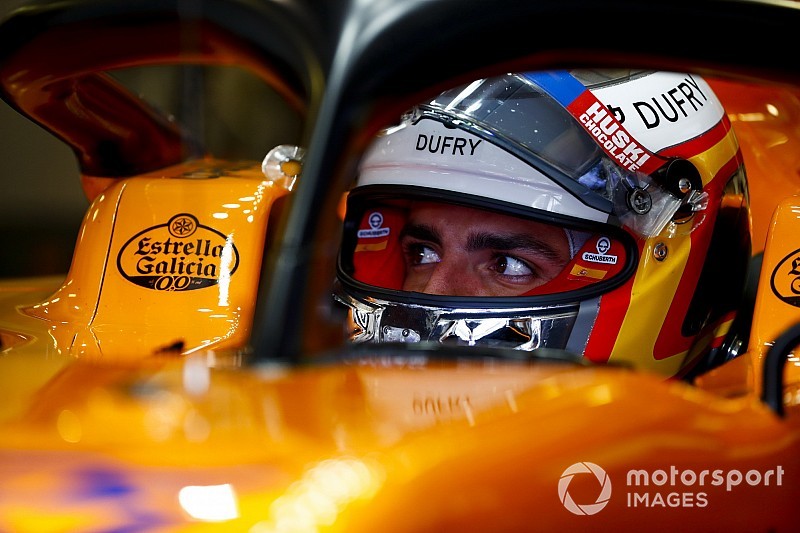 Briton Norris is renowned for the amount of time he spends in his home simulator, revealing he had learned about Red Bull driver Max Verstappen's approach to racing from competing online with the Dutchman.

The two F1 rivals have even teamed up for a number of high-profile online events, and have won the iRacing 24 Hours of Spa earlier this year.

While Sainz says he spends "plenty" of time in the McLaren simulator, the Spaniard doesn't feel Norris's extra time driving at home gives him an edge in the real car.

"I do plenty of simulator at the factory but the rest I try to spend a lot of time outdoors. I'm an outdoors guy and I enjoy a lot driving real cars, like rally cars," Sainz told Motorsport.com.

"If they would benefit from it, then Lando would be quicker in the simulator in McLaren than me. But he's not. So I don't think they benefit from it."

Sainz reckons five-time world champion Lewis Hamilton, who is not a fan of using simulators or doing track walks before a race weekend, is the perfect example of how extra time in the simulator is not necessarily beneficial.

"I haven't seen anything from Lando that I haven't seen from Lewis. That doesn't explain time in a simulator, If you know what I mean," Sainz added.

"I think Lewis is a good example of… he just comes here and drive and then the rest of his life he does something completely different, and he's a good as Lando or Max or even better."

Norris admitted he is now unable to spend as much time in his home sim as before given his busy schedule.

"A lot less now than what I used to. Even when I'm home, I still don't spend as much time on my simulator as I used to, more because I'm driving now more than ever - or maybe not ever, but compared to last year at least.

"Now when I'm home, as much as I still drive on my sim, it's even nicer to not be driving on it and just have days when you do nothing."

Alfa benefitting from lack of turnover and ART's "DNA"