Max Verstappen opted against a contra strategy in qualifying for the Spanish Grand Prix as he feels the soft tyre will hold up fine for the opening race stint. 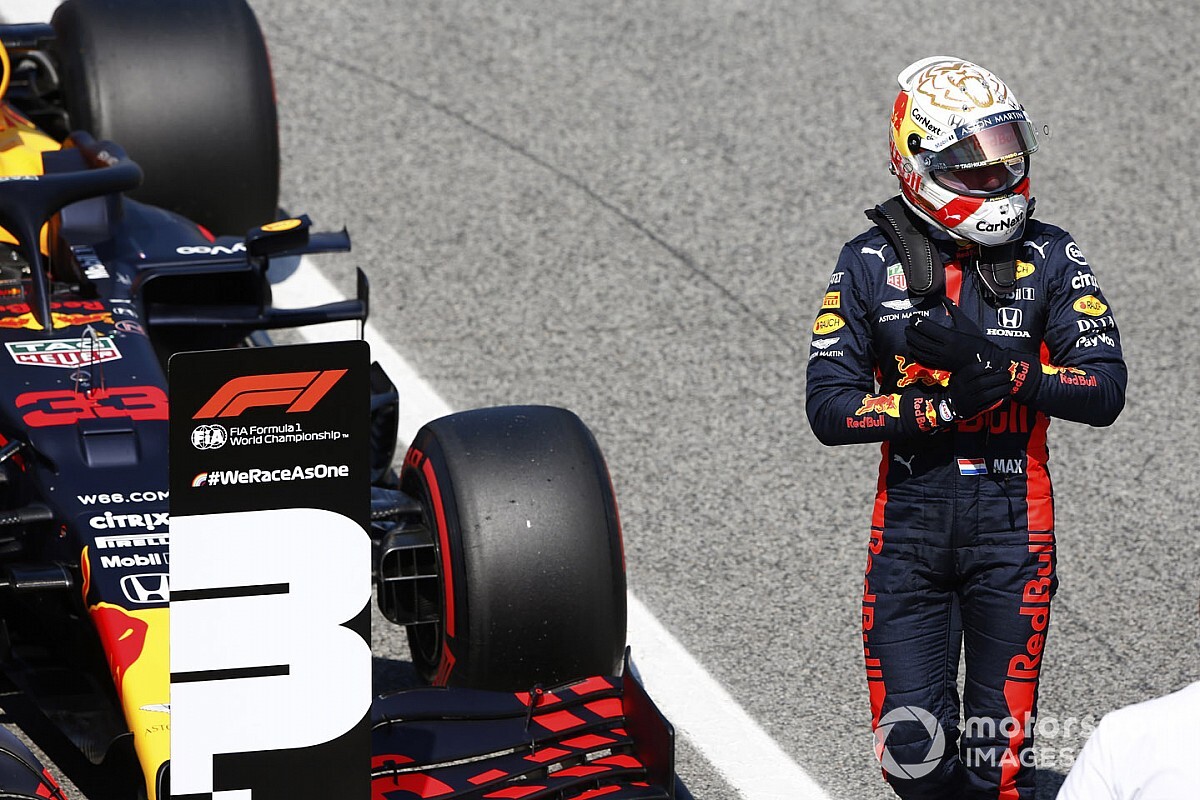 Verstappen took a surprise victory last weekend at the 70th Anniversary Grand Prix ahead of Lewis Hamilton and Valtteri Bottas after perfecting his tyre strategy.

Verstappen qualified on the hard tyre and was able to push for a long first stint, while both Hamilton and Bottas struggled after starting on mediums, with their hard stints then being blighted by blistering.

Tyre management is expected to be important once again in Sunday's Spanish Grand Prix due to high track temperatures, which neared 50ºC during qualifying.

But Red Bull opted to qualify Verstappen on the soft compound tyre, matching the Mercedes drivers' strategy as he took third place on the grid behind Hamilton and Bottas.

Asked by Motorsport.com why he opted against the contra strategy, Verstappen said the soft had been holding up well enough to complete the first stint of the race.

"I think the soft tyre is good enough to start the race on," Verstappen said. "Normally the softest compound is a bit more tricky, as it falls apart quite quickly.

"I think it's alright at the track here."

Verstappen joked after the session that it felt like he had a "subscription" to third place after struggling to fight with the Mercedes drivers right the way through the race weekend.

The Dutchman was more upbeat about his chances in the race, citing Red Bull's strong long run pace through Friday practice.

"I felt very happy in the long run yesterday, with the balance of the car and the rear, the tyres as well," Verstappen said.

"Tomorrow again is a new day. We'll have to try and show it again.

"Of course I hope that I can be close to them and put the pressure on."

Alexander Albon qualified sixth in the sister Red Bull car, and said that while the soft tyres were "not terrible" and showing no signs of blistering, he anticipated a slow start to the race as drivers tried to make a one-stop strategy work.

"In traffic at the start of the race, I think it's going to be pretty processional with guys trying to extend stints," Albon said.

"There's a good chance there's going to be split strategies tomorrow as well, one-stops and two-stops. I think it depends how good your tyres were on Friday as well. We'll have to see how it goes and adapt to everyone else.

"It's kind of just like in Silverstone, maybe where we missed out where we came out in traffic, you've got to find those spots to choose where you pit under.

"With these DRS trains, it's so hard to overtake once there's a group of cars in front."