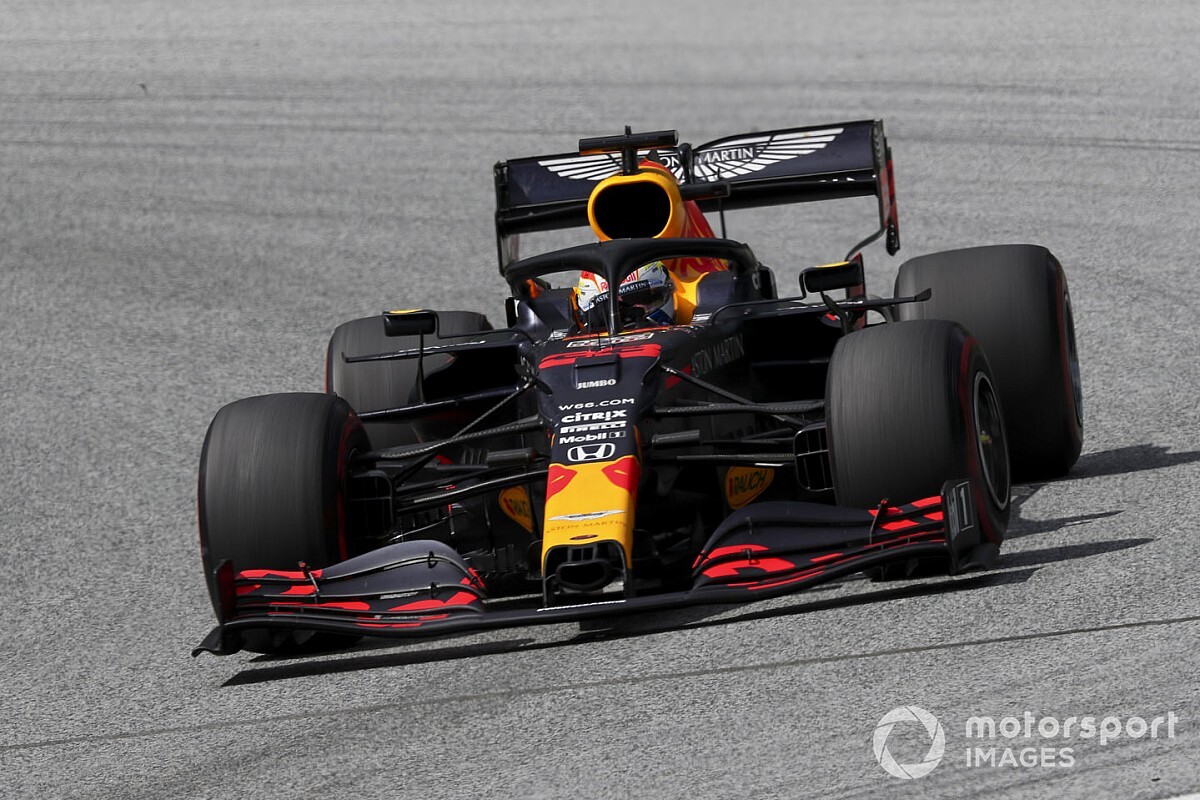 Max Verstappen says Red Bull is "a bit too slow", after being unable to stop Lewis Hamilton storming away to victory in the Styrian Grand Prix.

The Dutchman had high hopes of being able to challenge pole position man Hamilton thanks to his front row start, but in the end never really was able to threaten the reigning world champion.

Having sat around five seconds adrift of the Mercedes for much of the afternoon, he eventually dropped further away after picking up damage to his front wing late in the race.

As Verstappen's pace fell away, he was eventually overhauled by Hamilton's Mercedes teammate Valtteri Bottas.

Speaking after the race, Verstappen welcomed a podium finish after his retirements but says there was little to get excited about – beyond a temporary repass of Bottas late on.

"I tried but we are a bit too slow," he said about his battle with Hamilton.

"I did what I could also when Valtteri passed me. I tried to make it a bit difficult, because he was anyway going to get by one lap later.

"But at least it was a bit fun because the race was boring. [The] podium was good but still a lot of work to do."

Verstappen thinks that Red Bull needs to catch up with both car and engine, as he reckoned more work was needed if the team was going to close the gap to Mercedes.

"I was just pushing as hard as I could to stay with them, but clearly it is still not good enough," he said about the difference to Mercedes.

"The gap compared to the guys behind were massive. I was a bit shocked. I tried everything I could, but it's still not enough. We still have some work to do.

He added "We need to look into it. I think we lose quite a bit on the straight as well, so it's a bit of both at the moment. We need to keep on working harder to try and close the gap."