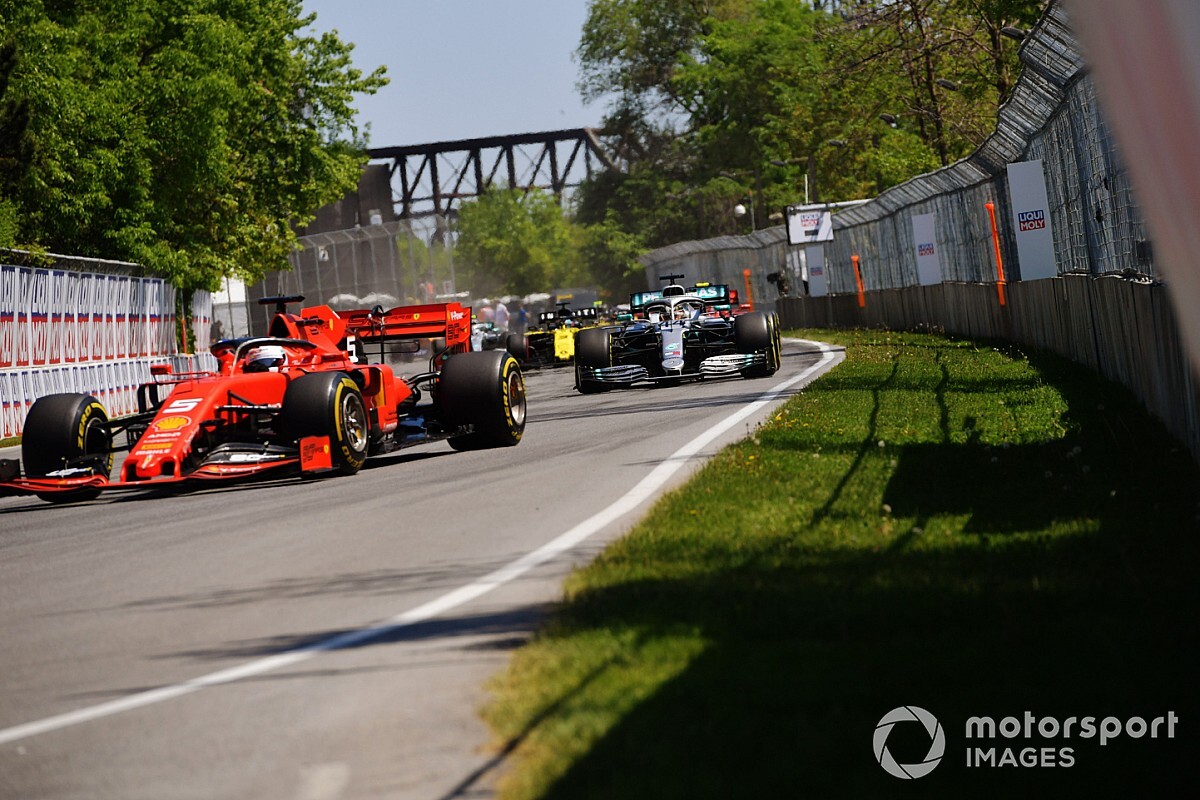 Formula 1 should not just forget the controversy surrounding Sebastian Vettel's Canadian Grand Prix penalty if there is an acceptance that rules must change, reckons Renault chief Cyril Abiteboul.

Vettel's five-second penalty for rejoining the track in an unsafe manner and forcing Lewis Hamilton off the circuit in Montreal last weekend prompted a huge outcry from fans and a number of former drivers.

It also served to reopen the debate about whether or not F1 needs a major rethink about how it deals with racing – and if drivers should be given more freedom.

Abiteboul thinks that F1 has a habit of too often moving on from controversies without discussing the need for potential improved rules, which is why he suggests talks about driving standards may be a good thing now.

"Each time there is an incident like that [with Vettel], then we talk, and we talk and we move on to something else," Abiteboul told Motorsport.com.

"That's one of the problems of Formula 1, that there is no proper - not consistency in the application of the decision - but consistency [in what is done].

"If we think that there is a problem, let's make sure that we fix the problem before we forget about the problem. And it's a little bit the same on the rules.

"I don't want to say anything about that [Vettel] incident, because frankly I didn't watch it as I was too much on my own race, but if we think that there is a problem, it needs to go in-depth.

"We just talk about it in the heat of the moment on Sunday, maybe maximum on Monday, and then we move on to something else. If it's a real problem, let's get together and discuss it."

Vettel said after Canada that he was not a fan of the way that modern F1 was so strictly governed by regulations.

"I don't like it, we all sound a bit like lawyers using the official language," he said. "I think it is wrong. It is not the sport I fell in love with when I was watching [growing up]."