Pirelli has not received a single request to change its Formula 1 tyres despite suggestions it should revert to last year's specification to end Mercedes' dominance of the 2019 season. 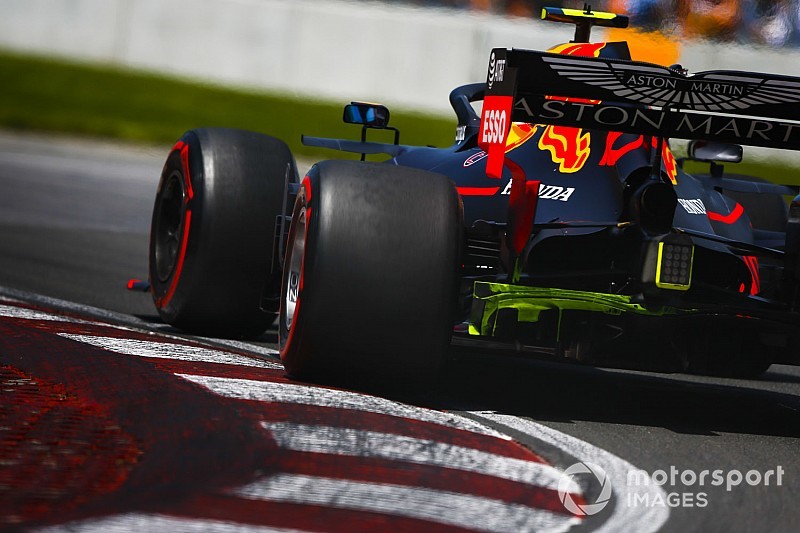 The introduction of Pirelli's 2019 tyres, which are 0.4mm thinner in a bid to reduce blistering and overheating, has coincided with Mercedes winning all seven races so far.

During the Canadian Grand Prix weekend, criticism of that effect reached a new level from the likes of Ferrari and Red Bull, amid calls for Pirelli to reintroduce its 2018 tyres.

However, Pirelli can only change its compounds if it identifies a safety concern.

Any change to Pirelli's 2019 tyre compounds or constructions can only occur if the FIA requests it, or if 70% of teams are in favour of it.

Motorsport.com has learned that Pirelli has not received a single official request to change its tyres.

"It is very clear how you can modify the construction or the compounds during the season," Pirelli's F1 boss Mario Isola told Motorsport.com.

"I didn't receive any request so far. If I receive a request that is reasoned, we will consider that request. We will consider what we have to do to modify the tyres, and we will discuss that with the FIA.

"We, Pirelli, can modify the construction or the compound, the specification of the tyre, only for safety. At the moment there is no safety concern.

"Even if I sent a request to the FIA, to be honest I don't know what to write in that request because I cannot reason any change for safety. I cannot. There is no safety concern."

Isola says that Pirelli mostly achieved the 2019 targets that were agreed in conjunction with the FIA, F1 and teams.

These targets were to eliminate blistering, reduce overheating, space out the performance of the compounds more evenly and increase the working window.

Isola admits that the working window, which is one of the key limiting factors for teams struggling to get the most out of the 2019 tyres, must still be improved.

Getting the tyres into the working window is down to a combination of factors relating to the aerodynamic and mechanical performance of the car, how that makes the tyre interact with the track surface and the energy that puts through the tyre – with circuit layout also a primary factor.

All 10 teams had the option to trial the 2019-spec tyres for the first time in Abu Dhabi last year.

They had 20 sets to use to compare the last remaining choices between compounds and constructions.

This followed the use of thinner-tread tyres, based on last year's compounds, at the 2018 Spanish, French and British GPs.

However, despite Mercedes' performance at those races, the subsequent opportunity to test the 2019 tyres, and two weeks of pre-season testing this year, no concerns were raised about the impact the tyres could have.

Isola stressed that equity of treatment is vital for Pirelli, which has "a clear and strict process to supply the same efforts to the team" on an operational basis.