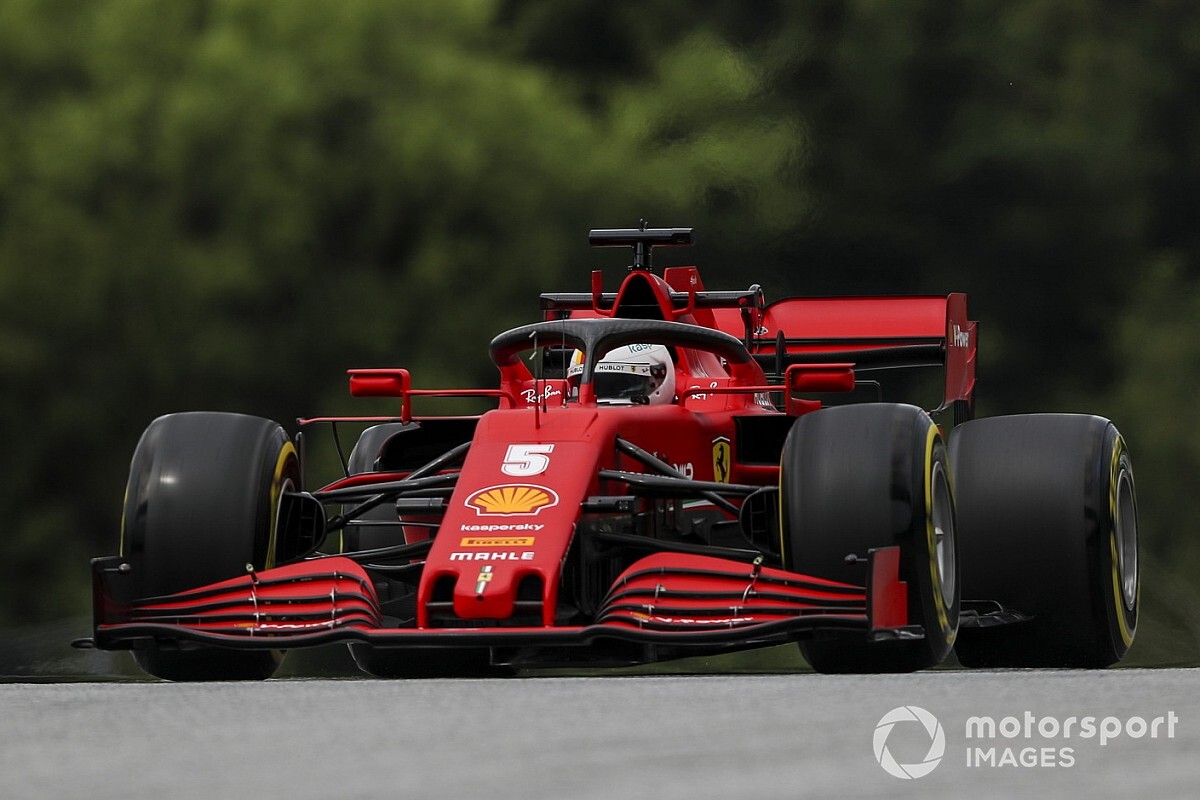 Sebastian Vettel will not change his approach to team orders despite his pending exit from Ferrari, but expects to still be able to fight on-track with Charles Leclerc.

Ferrari announced in May that four-time Formula 1 world champion Vettel would be leaving the team at the end of the season, being replaced by Carlos Sainz.

Vettel revealed yesterday that Ferrari never made him an offer for 2020, and that he was “surprised” to receive the call informing him of his exit.

Tensions arose between Vettel and Leclerc on multiple occasions through 2019 as Ferrari attempted to use team orders, and both crashed out while fighting for position in Brazil last year.

Vettel said that although his departure from Ferrari had been confirmed, he would not change his approach to following team orders should the situation arise.

“I think this year is very difficult to answer, because we don’t know what type of season we will have ahead of us. We don’t know yet how competitive we will be,” Vettel said.

“But surely should the situation arise and make perfect sense, then I think you expect both drivers to help each other out.

“I don’t think that has anything to do with the fact my contract expires, and I’m going to leave the team.

“But as I said at the same time, you’re obviously racing for yourself. I’m not trying to make Charles’ life easy on-track in terms of waving him by.

“I think we have been fighting each other in the past, and we will continue to do so.”

Leclerc agreed that there would be no change in how Ferrari handled team orders, placing an emphasis on working as a team.

“I don’t think that will change compared to the other seasons,” Leclerc said.

“Last year we were fighting each other, and sometimes we also need to play as a team, or drive as a team and work as a team, which is always very important.

Leclerc added that despite some close on-track moments with Vettel last year, he felt there was always a level of respect between them during his rookie season.

“I’ve learned a massive amount with Seb as a teammate, and I’ll continue to until the end of the season,” Leclerc said.

“Just him as a driver, but also as a person, I enjoyed him.

“We had our on-track battles and sometimes it didn’t end the way we wanted, but there was always respect off-track which was good to see.”