Vietnam Grand Prix organisers have revealed the updated circuit layout for its inaugural Formula 1 race in 2020 following the addition of a new corner.

As reported last week, the Hanoi city track will have 23 corners instead of the original 22, increasing the length of the lap to 5.607km.

The change, triggered by logistical and geographical reasons, followed a request from the FIA and Formula 1.

Apart from the added corner, that part of track - which is expected to be finalised in January - has been widened by around 15 meters.

The layout including the new Turn 23 corner was revealed on Wednesday.

"We have changed a little bit on Turns 22 and 23," Le Ngoc Chi, CEO of the Vietnam Grand Prix Corporation, told Motorsport.com last week.

"It's a street circuit and you have to adjust it to the actual geographical conditions of the area, and make sure that it meets with every single requirement of the FIA and F1.

"We have worked very closely with FIA and F1 to make sure that everything we do ensures perfect safety for the drivers, as well as still create all the exciting turns that allow the drivers to showcase their skills."

Vietnam is scheduled to host its first F1 race on April 5. 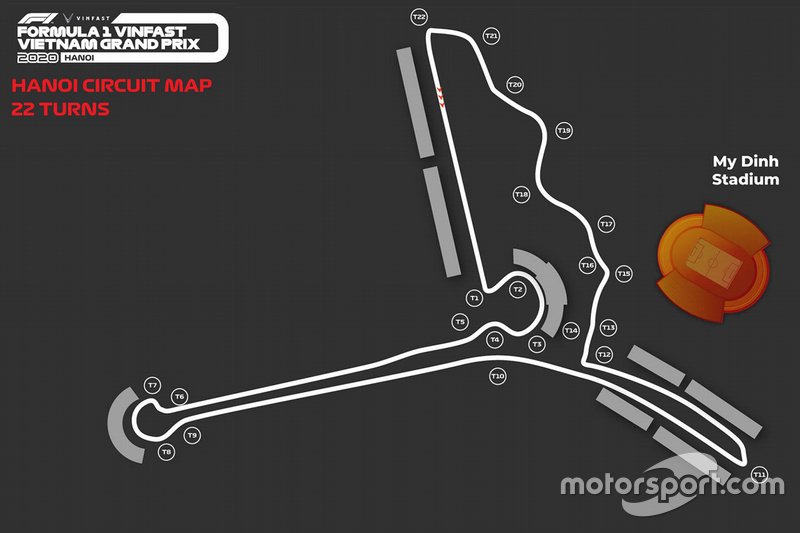 F1's options to define its next powertrain step

Marko: AlphaTauri the best alternative for Gasly after Perez deal