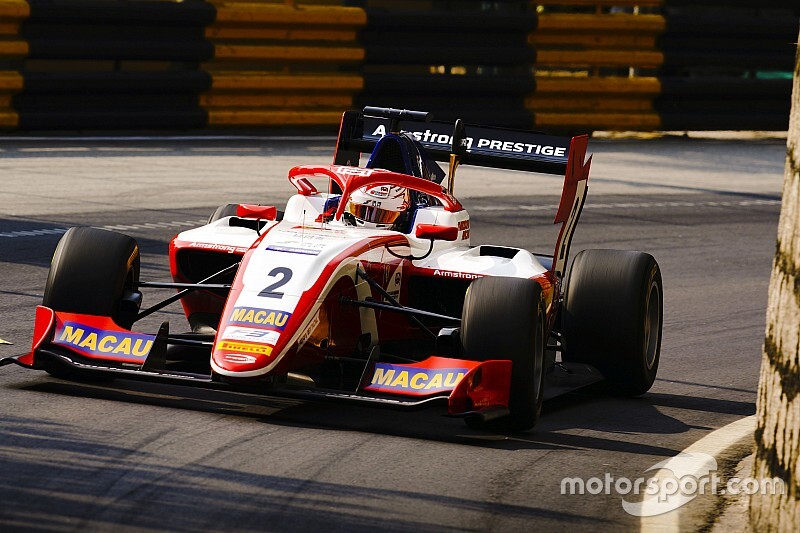 Marcus Armstrong topped a lightning quick opening practice session for the Macau Grand Prix, setting a new benchmark for Formula 3 cars at the Guia circuit in the process.

The Kiwi left his run late in the 40-minute session, charging to the top of the times with a remarkable 2m08.713s with 90 seconds to go – the first ever lap under the 2m09s mark.

He then went quicker at the flag, the Theodore Racing driver setting a new unofficial F3 lap record with a 2m08.023s.

It was also more than two seconds faster than Daniel Ticktum's pole-winning lap for the qualification race in 2018.

Jake Hughes ended the session second, the Brit getting within two-tenths of Armstrong right at the flag.

Reigning Macau GP winner Ticktum was third fastest, the Carlin having been fastest with six minutes to go when times were still in the mid-2m09s, but falling 0.35s short of the pace on his final run.

Robert Shwartzman and Richard Verschoor also dipped into the 2m08s in fourth and fifth.

Callum Ilott was an impressive sixth fastest on what's his debut in an FIA F3 car, followed by Frederik Vesti and Enaam Ahmed.

Logan Sargeant and Christian Lundgaard rounded out the Top 10.

Yuki Tsunoda was the only driver to make significant contact with the wall, the Japanese driver firing his Hitech entry into the wall at Hospital Bend.

Juri Vips, meanwhile, took a wild ride around the circuit midway through the session when his DRS flap was left stuck open.