Antonio Felix da Costa says his DS Techeetah team gave him “either incomplete or wrong information” regarding his battery temperature, which he feels cost him a potential Formula E victory in Santiago.

In an action-packed race, Da Costa rose from 10th on the grid to lead on lap 37 of 40 after a robust overtake on his BMW Andretti replacement Maximilian Gunther, only to be repassed with just three corners to go. He eventually crossed the line more than two seconds adrift of first-time FE victor Gunther after reaching a critical battery temperature aboard his E-TENSE FE20 in the dying moments of a scorching race in Chilean capital.

In the post-race press conference, da Costa suggested that the battery temperature issue was a sudden surprise owing to misinformation over team radio.

“I think I was being fed either not the complete or slightly wrong information because I was being told I was good on temperatures, even though I was saying ‘I don't think I am’,” he said. “And yet, the moment I got the lead, they tell me, ‘OK, you have to slow down’. It all came down to the last lap, but these guys [BMW] just managed it better.

Da Costa explained further his sudden slowing down to Motorsport.com, saying: “Energy [levels] were good. I could have gone like almost flat out in those last three corners... I was catching [Gunter], I could have carried on that pace, which was amazing.

“I had to basically just back off a lot and make sure I arrived. Obviously, it hurts when you have a sniff of the win like that, especially coming from the back.”

The O’Higgins Park race was only da Costa’s third with the DS Techeetah team, and he reckoned that had probably contributed to the miscommunication.

“It’s a new crew put together,” da Costa said. “I'm learning them, they're learning me and maybe I misunderstood or whatever. But yeah, so with one lap to react, it's way too late.”

DS Techeetah team principal Mark Preston explained the cause of the rise in battery temperature, telling Motorsport.com: “It's a balance of using different pedals and regen and things like that. So when [da Costa] was attacking people you sort of generate more energy in the battery.

“It was just a normal thing. We had everything planned but things didn't quite go to the plan.”

When asked if the battery temperature rise had denied da Costa victory, Preston replied: “You could say probably, but we're still discussing what the actual chain of events were.

“We're going to have to go back and actually run it through on the simulator and look at actually what options we would have, could have and should have done in order to maintain it.” 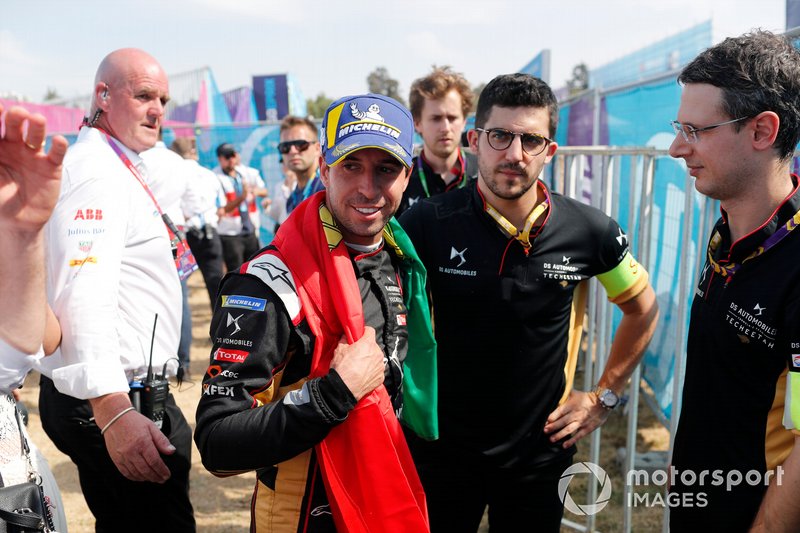