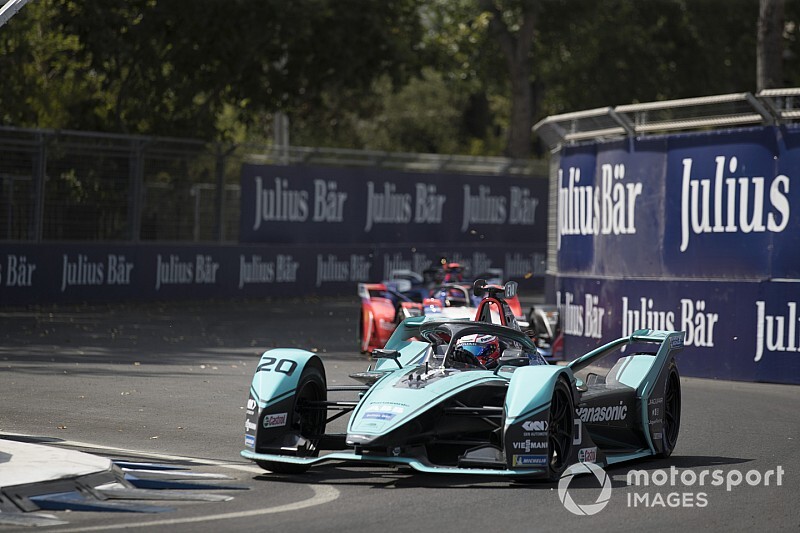 Jaguar’s Mitch Evans says a lack of energy information on his dash display early in Formula E’s Santiago E-Prix led to overconsuming and his eventual slide out of the lead.

Evans scored his first pole of the 2019-20 season – and the second of his FE career – and led the first 18 laps of last weekend’s race in the Chilean capital.

But although his grip on the lead looked secure in the early stages, Jaguar’s pre-mediated plan for Evans to take his two attack mode activations early – on laps eight and 13 of what became a 40-tour event – meant he was vulnerable to attack from eventual race winner Maximillian Gunther.

Evans ultimately finished fourth on the road, but was promoted back to third thanks to Nyck de Vries’ immediate post-race penalty.

After the race, Evans explained that a “software problem” meant he was getting “no guidance from the energy software” during the race’s initial laps.

“So I was going blind for the first few laps,” he continued to Motorsport.com.

“I was trying to do my best, but that made me overconsume. And then I was fighting that for the rest of the race.

“And then yeah, I just couldn't get on top of the race and manage it. There were some software problems I have never experienced before.”

After losing out to BMW Andretti driver Gunther and DS Techeetah’s Antonio Felix da Costa (as well as de Vries), Evans says Jaguar has “got some hard work to do” on its race pace.

“They seem to be stronger in race pace compared to us,” he said. Obviously, we were the dominant team today in quali mode, which was good.

“But we need to convert that into a full 45-minute race and we didn't do that [on Saturday]. So, we've got some hard work to do.”

Jaguar team principal James Barclay explained that his squad was keen for Evans to take his attack modes early to avoid the activations increasing battery temperatures late in the race – a situation that Da Costa feels cost him victory.

But despite losing the lead when Gunther had an attack mode advantage, Barclay says Jaguar has no regrets about its strategy in the sweltering conditions.

“When you've got a race like this, you've got to manage battery temps, but also you have to take the opportunity when you have the gaps as well,” he told Motorsport.com.

“You're constantly overlaying this balance of track position, but also take the long game.

“We didn't want to keep that in our pocket, and it could really hurt you at the end and everyone was super close on temp at the end.

“A couple [of drivers] ran into trouble in the latter stages.”