Massa "disappointed" with run of mistakes in Berlin 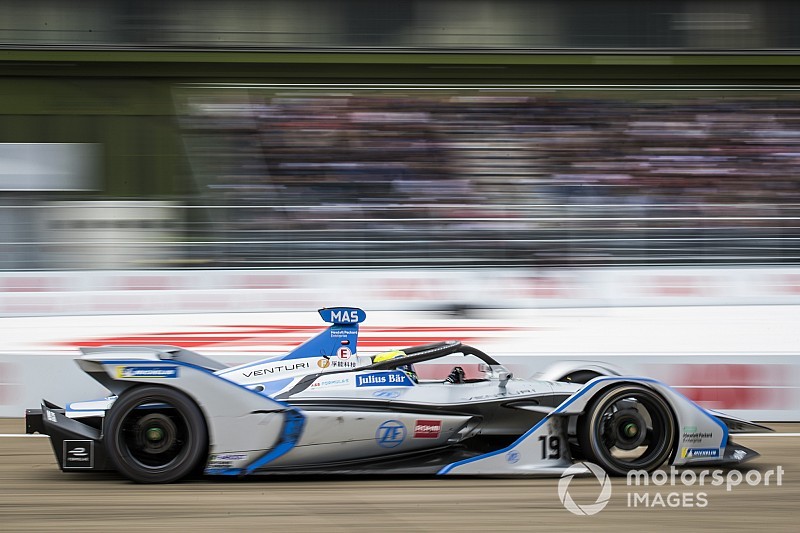 Ex-Formula 1 driver Felipe Massa says he is "disappointed" with the mistakes he made in ABB FIA Formula E's Berlin E-Prix last weekend.

Venturi driver Massa improved from 21st in the opening practice session to take sixth in FP2.

But he followed that improvement with an error-strewn qualifying in which he clipped the wall at the exit of the obtuse Turn 6 left-hander twice and also made a similar error coming out of the following fast left of Turn 7.

After qualifying 19th from group three, Massa hit the wall again at Turn 7 during the race and compromised his car – eventually finishing 15th.

When asked by Motorsport.com if he considered Berlin to have been a disappointing weekend, Massa said: "I think the pace was OK. Yesterday we were competitive, we [Edoardo Mortara and Massa] were second and sixth [in second practice].

"In qualifying I had maybe the fourth-fastest first sector but I crashed with the wall in the second sector - two times - and I started 19th because of my mistake.

"In the race, I made a good start. I was getting positions, overtaking cars - not many, but a few cars.

"[Then I got] a little bit on the marbles at Turn 7 and I hit the wall. I thought I had a puncture in the rear, but we checked the pressure and it wasn't a puncture.

"Maybe something really damaged my rear-right suspension - my race was finished after that.

"So really disappointed. [The race] mistake took away the possibility of fighting for the points, looking at how competitive we were [in practice]."

Regarding his repeated brushes with the wall in qualifying, Massa said they were "just a mistake".

"Not putting things together and here," he continued. "[In Formula E] if you don't, you lose many positions and that was the case."

Massa's teammate Mortara also had a difficult race day, qualifying down in 16th after finishing second in both practice sessions the day before, as he struggled to get his tyres up to temperature.

Mortara climbed through the field to finish 11th, but Venturi team boss Susie Wolff was disappointed with her team's performance in Berlin.

"As a team, we simply didn't do a good enough job today, not when it counted," she said. "Now we need to go away, re-consolidate, analyse and understand where we went wrong to make sure we come back stronger in Bern."