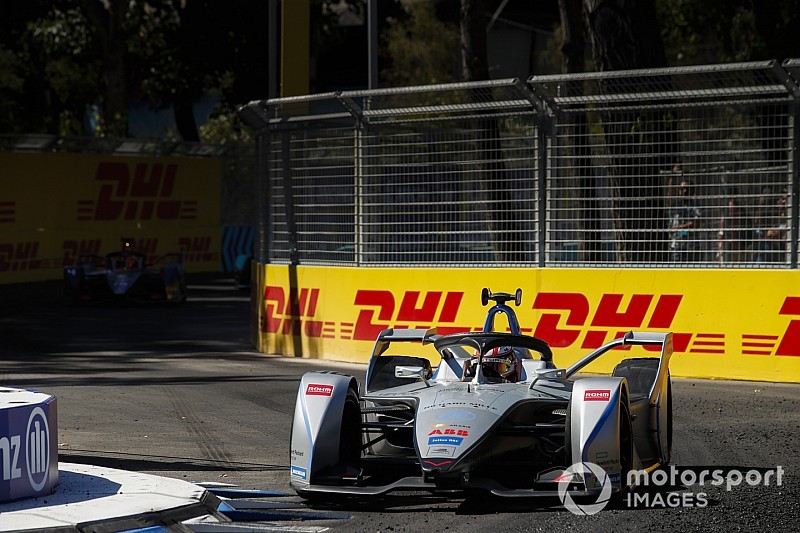 Edoardo Mortara says his fourth-place finish in the Santiago ABB FIA Formula E race was "like a victory" for his Venturi team after a difficult start to the 2018/19 season.

Mortara took fourth after BMW Andretti driver Alexander Sims was given a post-race penalty for tapping him into a spin.

The Venturi racer had to hold off fierce attention from Virgin Racing's Robin Frijns and Jaguar driver Mitch Evans after his incident with Sims, but held on to secure his team's first points of the season.

"It's like a victory for us, to be honest," Mortara told Motorsport.com. "We had very difficult weekends in Riyadh [Ad Diriyah] and Marrakech.

"We managed to extract pretty much the entire potential of the car and probably even more.

"We had to manage things and at the moment with the tools that we have in the car for the engineers we can't really predict as well as the others what is going to happen with the temperature of the battery, the energy and all this stuff.

"It was definitely more difficult for us than for the others, but I'm happy that we overcame these issues. It's one of the longest races I ever had."

At the season opener, Mortara was hampered by braking issues, while teammate Felipe Massa lost a likely points finish due to a series of penalties.

Both drivers finished the Marrakech race but were 13th and 18th, with Mortara ahead of Massa.

Speaking before the race in Santiago, Venturi team principal Susie Wolff said the technical challenges her squad has faced so far this season cannot be traced to one issue in particular.

"It's not one main area," Wolff told Motorsport.com. "In the end, it's a number of small issues that we've got to get sorted on the reliability front and the performance front.

"One of the issues is with the powertrain, but like we also saw in Riyadh especially, we've also got issues with the braking, and all of it, in a roundabout way, is connected.

"It's just [about] progressing one step at a time and making sure that each issue gets sorted and then the next one.

"It was always going to be a challenge because we had issues in testing - we started testing late.

"We at least know what know what the problems are and are managing to face them head on and sort them out."