Oliver Rowland says his podium finish and pole position for Nissan e.dams in ABB FIA Formula E's Sanya race was "up there" with his best-ever results.

Rowland took his first pole position in FE at Sanya and held onto the race lead for the first 19 laps before Jean-Eric Vergne passed him at the final corner in what became the race-deciding moment.

But Rowland managed to hold off BMW Andretti's Antonio Felix da Costa to take second place, his maiden FE podium and his first in any series since scoring third in the second Formula 2 race at Jerez in 2017.

Asked where the result ranked in his career, Rowland told Motorsport.com: “For sure it's up there.

"To be pole, with 22 drivers at this level is a big thing.

"I think the pole is probably the biggest thing because you have to really be the best for one lap and you don't really get much opportunity.

"Maybe in a couple of days time I'll reflect a bit more and see it as a real positive. I'm just a little bit disappointed I couldn't optimise my performance and stay in front."

Rowland added that Vergne's move for the lead had surprised him.

"I'm one side happy and I’m one side a little bit disappointed as well," he said. "I had a good opportunity today.

"Me and JEV did a good job. He surprised me. I knew he was going to surprise me at some point. But I was struggling a lot.

"I had to lift very early [to save energy]. But yeah, of course very happy with the podium.

"It’s been a while coming. I lost one in Mexico [to a software miscalculation] and again I was leading in Hong Kong [early on].

"It’s been a pretty tough three races with three DNFs. It’s nice to score points and consolidate my position."

Both Vergne and da Costa suggested Rowland was on the limit in his defending at Sanya, a sentiment the Nissan driver agreed with.

"I was struggling a lot. And I knew when you start to drop back in a Formula E race, each person thinks you are slowest.

"So they will use their energy to overtake. I couldn't afford to drop too far back.

"And yeah, I was on the limit [in defending]. I think within the rules but on the limit. I had to be aggressive.

"He’s [da Costa] quite up there in the championship and he wants to score consistent points. And I need to be there on the podium. 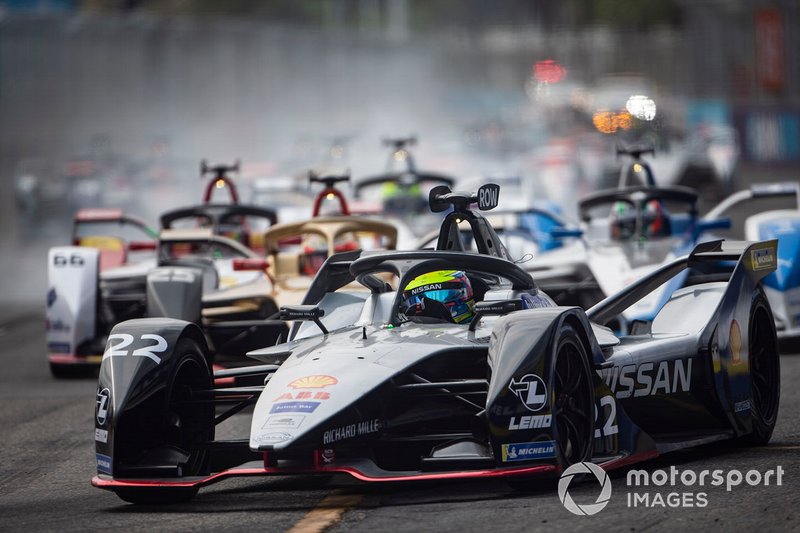