Formula E and the FIA came close to the second Valencia E-Prix also being marred by mass retirements from cars running out of useable energy on the last lap.

The Saturday round drew widespread criticism when only nine of the 24 drivers were classified, and a further five cars were disqualified for exceeding energy limits.

But Motorsport.com has learned that the Sunday race came close to a similar outcome had it not been for a late strategy call from BMW Andretti and rookie season race winner Jake Dennis. With Norman Nato – second on the road but carrying a five-second time penalty for tagging Alex Lynn – holding off Andre Lotterer, Dennis was instructed to slow the pace.

This meant he crossed the timing line one second after the 45-minute race timer elapsed to leave only a one-lap sprint to the finish. Had he been marginally quicker and created a two-lap climax then multiple cars would again have maxed out on useable energy.

Asked if the more refined Sunday race had work to restore credibility for Formula E, Audi driver Lucas di Grassi told Motorsport.com: “Formula E is credible, everything is working. It was just an outlier that happened once every 1000 races. The bad thing is that people focus on that. 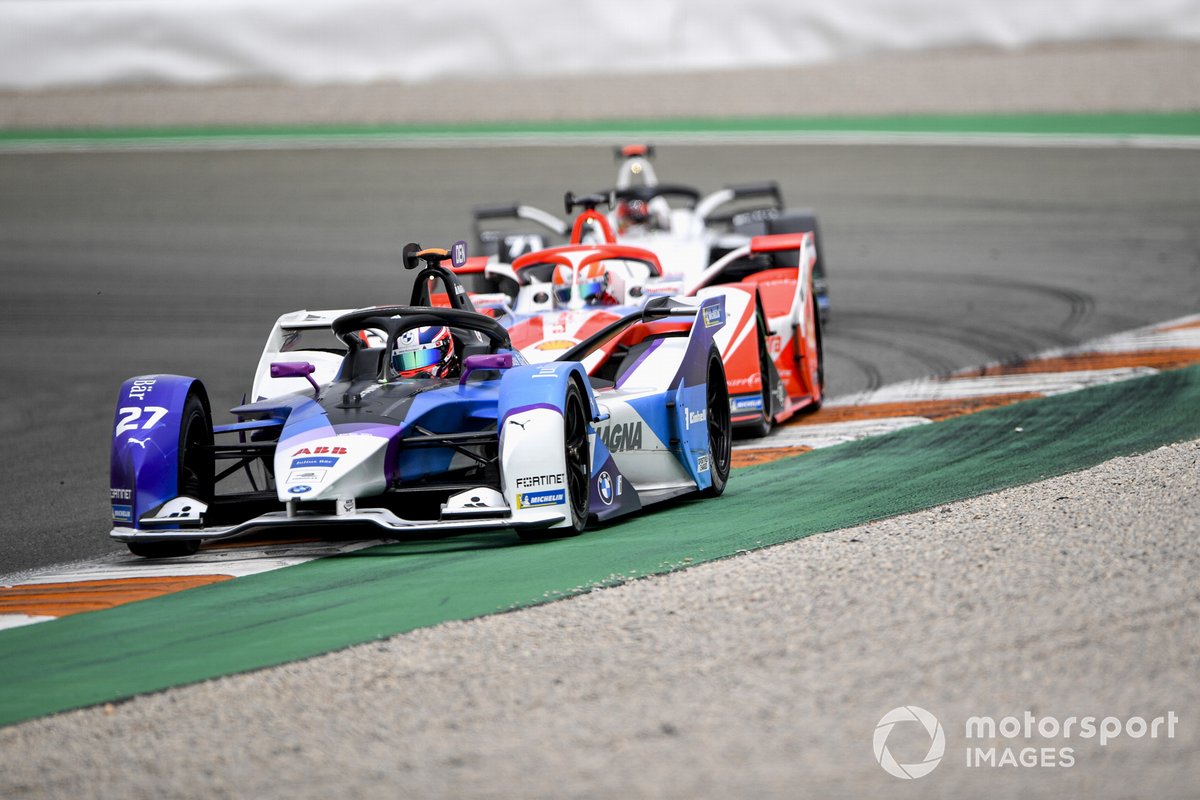 “Today was more a normal race, although if Jake had crossed the line within like half a second, half of the field would also not have had the energy. So, it was again the same scenario. But at this time, the leader played it right.”

Jaguar Racing team director James Barclay corroborated the 2016-17 champion’s statement, adding: “Absolutely [there could have been a similar situation]. It was a very late call from BMW. We spotted a risk.

“We were very conservative at one point. Today could have been [similar]. If [Jake] had have gone one lap longer, potentially a number of cars were in trouble.”

Asked why energy levels had been so marginal in the Sunday race despite extensive preparation in simulators, Barclay added: “On the day, you don’t actually know what that person is going to do. Early in the race, we say what we think it's going to be - ‘this many laps’.

“You have to constantly monitor that. But you don't know what the leader is going to do. A lot of cars are in the leader’s hands. Today, I would say yes it was marginal.

“When you sit back, a lot of things fell in the favour of the leader today. Actually, he didn’t need to push that one lap longer. He could shorten the race.

“[With the penalty for Nato] he wasn’t going to defend from behind.”