Alex Lynn says the Valencia E-Prix showed how Formula E "can bite you in the arse” after a hit from Norman Nato prevented him from fighting for a maiden victory.

The Mahindra driver started second on the grid at the Spanish venue following a penalty for Porsche’s Andre Lotterer and was biding his time behind the pole-sitting BMW Andretti of Jake Dennis, saving as much as one percent energy over his rival on a track that is known to be very high on power consumption.

The 27-year-old was planning to attack rookie Dennis for the lead right at the death of the race, but he was nudged into the gravel trap at the exit of Turn 9 by Nato on lap 18, initially dropping to fifth before slipping further to ninth as drivers armed with attack mode slipped past him.

Lynn managed to regain some of the lost ground when he armed his own attack mode, before also passing Nissan’s Oliver Rowland and the Audi of Rene Rast to finish fourth on road, and a five-second penalty for Nato for their incident promoted him to the final spot on the podium.

This result marked his first podium finish in FE, the British driver having never finished higher than fifth in 33 race starts despite claiming pole position on his debut back in 2017 as a substitute for Jose Maria Lopez at the DS Virgin team.

Lynn admitted that he had the speed to score Mahindra’s first FE win since the 2019 Marrakesh E-Prix but felt there was always a risk of being caught up in incidents when running in a train of cars as they all ran nose-to-nail in the early part of the race.

“It’s a shame, to be honest,” Lynn told Motorsport.com. “Norman has apologised to be fair.

“It’s just a miscalculation from him, it seems. I need to look at it, I haven’t watched it back. It’s Formula E, isn’t it.

“You run the risk of sitting in the train and trying to be clever and one moment it can bite you in the arse. And it did.

“But that’s part of the game that was part of our strategy because we took the risk. It’s a shame because I think we had enough energy and the car to win. But we salvaged what we could and that was third.”

Lynn, however, said he was not gutted to miss out on a chance to battle Dennis for victory, having finally ended his podium drought in his first full season with the Mahindra team.

Asked if he felt missed emotions in the press conference, Lynn said: “It’s actually not because I’ve never had a Formula E podium and it’s quite crazy really because I felt so close so many times, so from that side it feels super sweet.

“But [credit] to Jake, in the end he led from the front.”

Nato dropped from second on the road to fifth after the penalty was taken into account, ahead of Rast who was forced into a massive power-saving exercise in the final few laps of the race.

The Venturi driver apologised for the incident and said it was a direct consequence of drivers running too close to each other while saving energy.

“This race was really about energy management so from the beginning, especially through the corners, we were all trying to save as much energy as possible," Nato told Motorsport.com. "Sometimes, it closes up massively and you touch the guy in front.

“It’s not like you do it on purpose. So many drivers did the same on me as well but this time I was a bit surprised how much they slowed down in front. I was just couldn’t really avoid him. I touched him. I was not even trying to overtake.

“That’s why I went to apologise because if I was him I would have been angry as well. But we know in Formula E this kind of thing can happen. A small mistake will cost a lot. I’m still learning.” 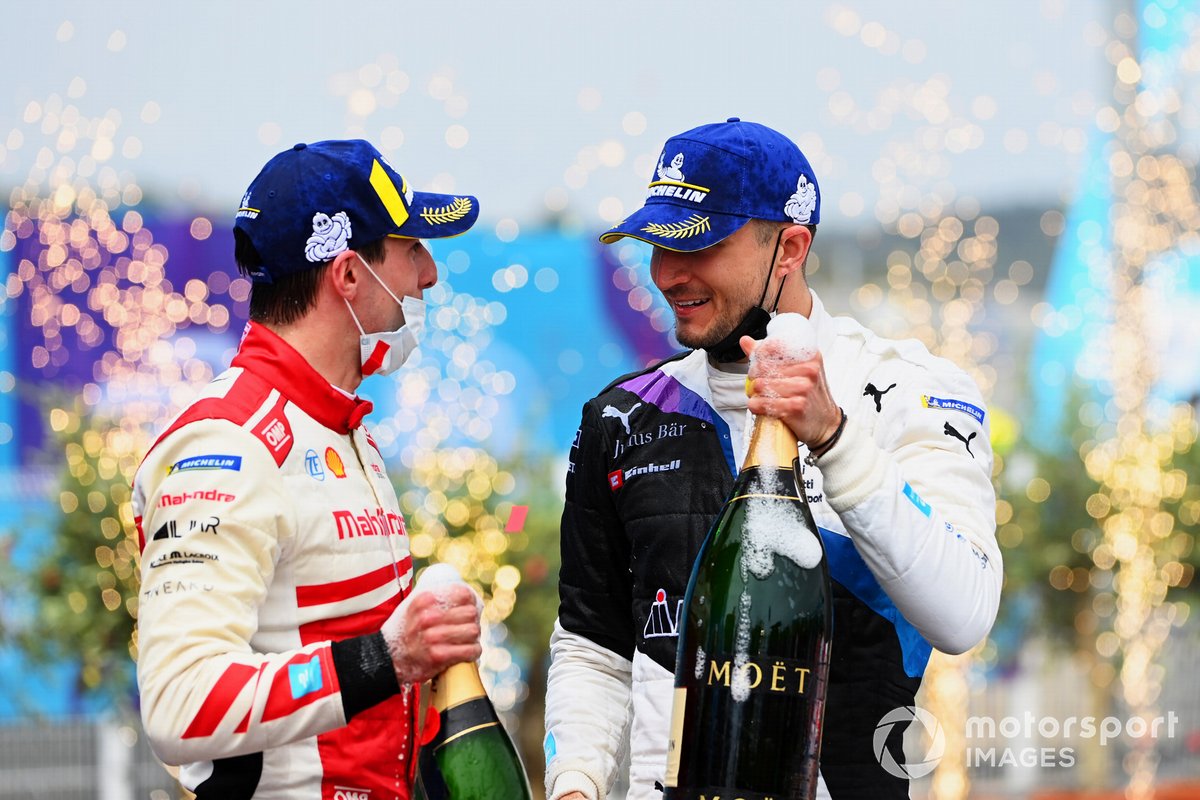 Dennis: Nobody thought I could hold Valencia FE lead

Mahindra has 'got its act together' ahead of Jakarta FE race

Mahindra confirms talks with Abt for Formula E powertrain supply