Venturi Racing team principal Susie Wolff reckons Formula E faces challenges “higher than any other championship” when attempting to organise a calendar during the COVID-19 pandemic. 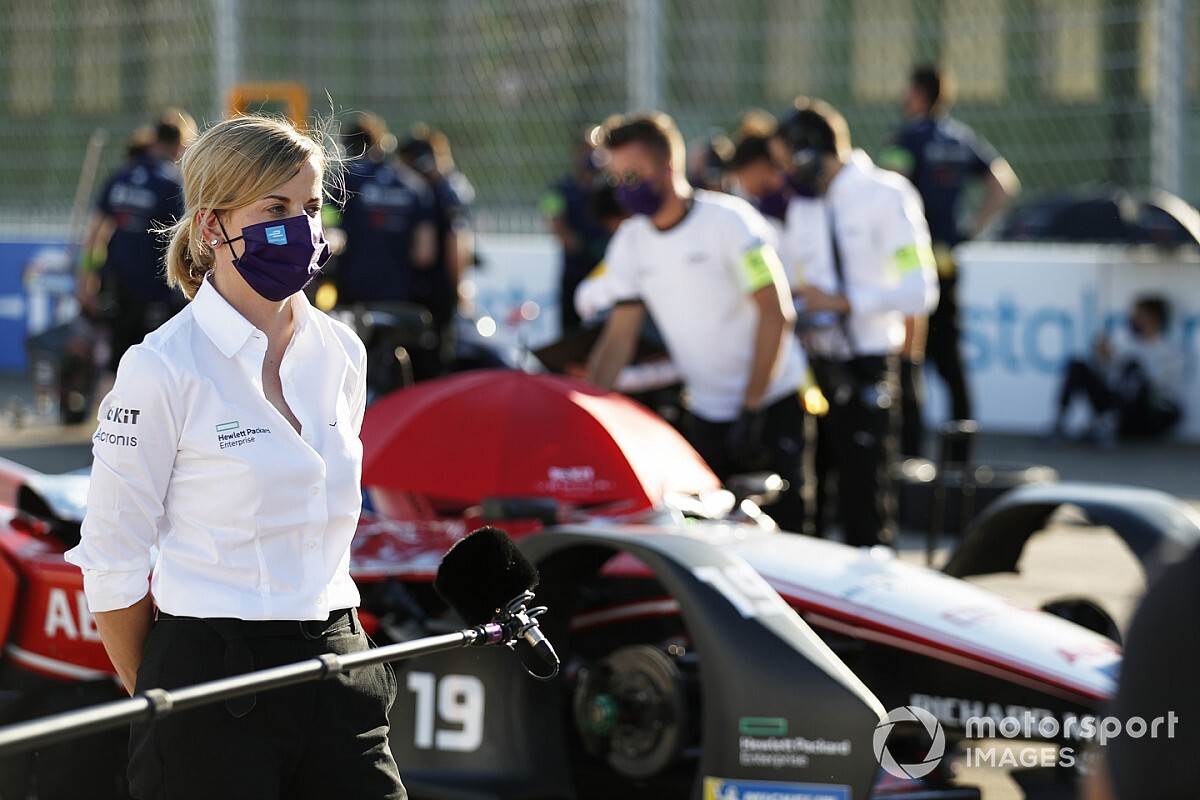 FE has announced the next batch of six races to bolster the 2020-21 season calendar, which remain subject to FIA World Motor Sport Council.

Wolff cited the return of “key pillar” Rome and the squad’s home race in Monaco as the best additions to a calendar ahead of a season where “there’s many things we want to put right” after the Mercedes customer outfit finished 10th from 12 teams last term.

She told Motorsport.com that FE’s founding principle of racing in close proximity to major cities made the championship’s calendar the most difficult to schedule in motorsport.

“Formula E have come to the challenge they faced with COVID in a really smart way," said Wolff.

“They’ve taken their time to look at what’s possible, they haven’t announced immediately until they’ve seen clarity that the races can happen.

“I really take my hat off to what they’ve managed to put together.

“[The pandemic] has caused everyone to be agile and adapt to the new set of circumstances.

“The challenges for Formula E are certainly higher than other championships.

“Our DNA is racing in city centres and that’s just been made hugely more difficult because of the COVID situation.”

The 24 April race is set to be the first time FE has used a permanent circuit, although the prior Italy race could move to Vallelunga should circumstances change.

Teams will not be officially notified of the Valencia configuration until a couple of weeks before the event. It is thought the full-length straight will not be used.

Wolff said: “The only one I’m maybe a little bit disappointed in but can understand the thinking behind it is Valencia.

“If I looked at the cars in testing, it wasn’t spectacular and it’s not really what Formula E is.

“I was in favour of it because I respect the decision that we need to get racing and it was a possibility that allowed us to have another race and keep the momentum of the championship up.

“The approach for Valencia will be massively different.

“At a permanent track you’re dealing with a completely different challenge. There’s not the same bumps.”

“Heading to locations more like [Mexico City] would be something favourable for the future," she explained.

“I don’t think we always need to set up our own race tracks.

“There’s certainly tracks that fit the DNA of Formula E better than others.

“Mexico is certainly one of them. Others that spring to mind would be Singapore, Montreal, Baku. Anything where you’re in a city centre.”

During the off-season, Venturi was sold to an investor group led by Scott Swid and Jose Maria Aznar Botella, son of the former Spanish prime minister and brother-in-law of FE co-founder Alejandro Agag.