The two-litre Formula Renault Northern European Cup will cease after 13 seasons, with its promoter blaming “ill-conceived FIA plans for the future of formula racing” for the series' demise.

The competition, added to the junior single-seater ladder in 2006 after a merger between the German and Dutch Formula Renault series, has had current Formula 1 drivers Valtteri Bottas, Carlos Sainz and Lando Norris among its champions.

Full-season NEC entries declined significantly in the two latest seasons, and the series began to ran joint races with the main two-litre Renault series, the Eurocup.

Despite this, promoter MdH Communications had announced in October that the series would continue, rebranded as FormulaNEC powered by Renault.

It was to go on racing with two-litre Tatuus-constructed Formula Renault machinery, with a seven-round calendar slated for 2019 – incorporating six F1 venues as well as iconic street track Pau.

But the organiser has now confirmed that the planned 2019 season would not be going ahead, the statement citing “seriously declining interest from young drivers” as the cause.

“We are very sorry to have to stop the series at this point,” said series chief Mick de Haas.

“The ill-conceived FIA plans for the future of formula racing have meant that over the past three years we have seen a serious decline in the young drivers market.

“The costs are far too high for individual drivers and the marketplace is too fragmented."

The end of Formula Renault NEC comes on the heels of Renault Sport's decision to switch its flagship Eurocup series from its current specification to FIA's Regional F3 specs.

Renault went ahead with its plan despite losing the FIA's “European Regional Championship” tender to Italian company WSK.

De Haas continued: “There is now no more room for a very effective and competitive single seater concept like formula Renault 2.0. Yet it has helped many young drivers over the past two decades to the top.

“I would like to thank Renault and their suppliers, the teams that have competed in the NEC, the circuits and all the people that have worked with and for the NEC over the past 13 years.” 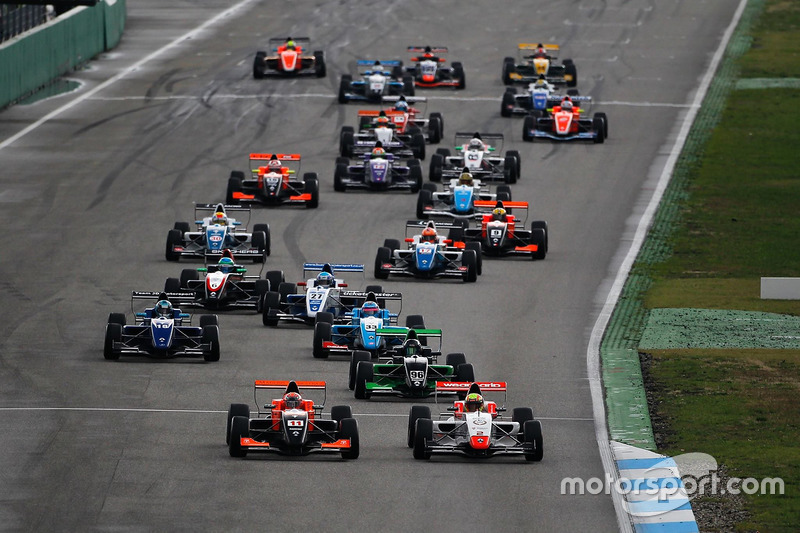