Josh Files and Cooper Webster emerged on top in a thrilling finish to the ARG eSport Cup race at Bathurst, as Jaden Ransley accrued enough points to lift the championship crown. 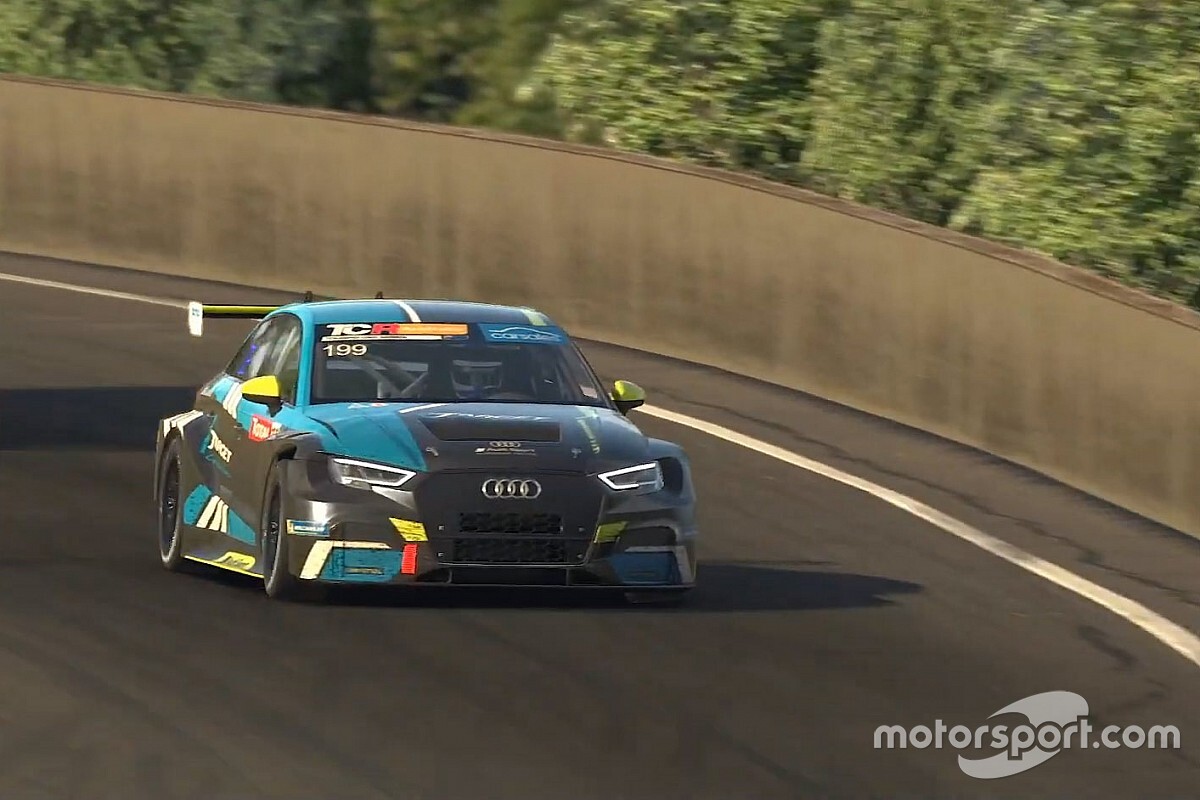 The first leg of the race was dominated by title rival protagonists Harley Haber and Ash Sutton, while polesitter Dylan O’Keefe and Files ran not far behind in the top five.

A safety car around the mid-race mark shook up the order at the front, leaving Brett Holdsworth leading from Will Brown, O’Keefe’s teammate Jackson Souslin Harlow, and Webster, who had taken over the #199 AirWalk Audi from Files.

At the restart, Webster quickly dispatched Souslin Harlow, took advantage of Brown’s troubles to move up to second, and then passed Holdsworth to assume the lead.

The order at the front remained the same until a second safety car was deployed later in the race, setting up a 18-minute dash to the flag.

After the safety car pulled into the pits, Webster and Souslin Harlow traded positions multiple times as they checked out from the rest of the field.

As the final lap began, Webster made a successful lunge on Souslin Harlow into turn 1 and then immediately set out to build a buffer for himself, doing just enough to secure victory in the two-hour enduro.

Souslin Harlow just finished 0.88s behind in second, while Scott McLaughlin pulled off another last-lap move on Supercars rival Andre Heimgartner to steal the final spot on the podium.

Fourth place, however, was enough for Heimgartner's teammate Ransley to wrap up the ARG eSport title on a day his title rivals Haber and Sutton faltered.

Haber was hit with a drive through penalty early on in the race and his teammate Fawzan El-Nabi was unlucky when Michael Clemente spun in front of him at the first restart, tagging his United eSports entry.

Sutton led the race early on but was shuffled down the order at the first pitstop, and his teammate Jake Blackhall later was later punted off the track. The two eventually retired from the race.

Tander was involved in an early crash that left his car severely damaged, but he and van Gisbergen rose high up as third, before finish seventh at the flag.