Team Penske is among the 50 entries for the virtual Le Mans 24 Hours, which will be staged on June 13/14 in place of the postponed real-life race.

The race will be run as a collaboration between the World Endurance Championship, Le Mans organisers the Automobile Club de l’Ouest and Motorsport Games.

This will mark the return of the Penske name to Le Mans, albeit on rFactor 2, for the first time since the 1971 edition of the race.

Team owner Roger Penske has previously expressed his interest in a possible real-life return to Le Mans upon the introduction of the LMDh cars alongside the Le Mans Hypercars tentatively set for 2022.

Penske is one of 30 prototype entries that will use the Oreca 07 LMP2 car and it will be joined by a trio of cars from the reigning Le Mans winners, LMP1 outfit Toyota Gazoo Racing.

Privateer LMP1 team Rebellion, which will bow out of all-motorsport following this year’s Le Mans 24 Hours, will enter four LMP2 cars in partnership with Williams Esports.

Each entry will run a minimum of two professional drivers with an FIA international license, and a maximum of two sim racers in its team.

It is expected that the Rebellion-Williams tie-up will see sim racers from the Williams stable race alongside Rebellion’s LMP1 drivers.

The ByKolles LMP1 team, which has sat out the entirety of the real-life 2019-20 WEC season so far, will run a single entry in the virtual endurance race.

Redline has previously run drivers such as Formula 1 stars Max Verstappen and Lando Norris in virtual 24 hours races - the pair won the virtual 24 Hours of Spa last July on iRacing.

Porsche is the best represented with eight cars including four-factory backed entries in conjunction with its Esports team.

Aston Martin and AF Corse Ferrari teams are running three cars each while Corvette is fielding a pair of factory entries.

The drivers participating in the race will be revealed over the next three weeks.

The Virtual Le Mans 24 Hours will be livestreamed on our sister site Motorsport.tv. 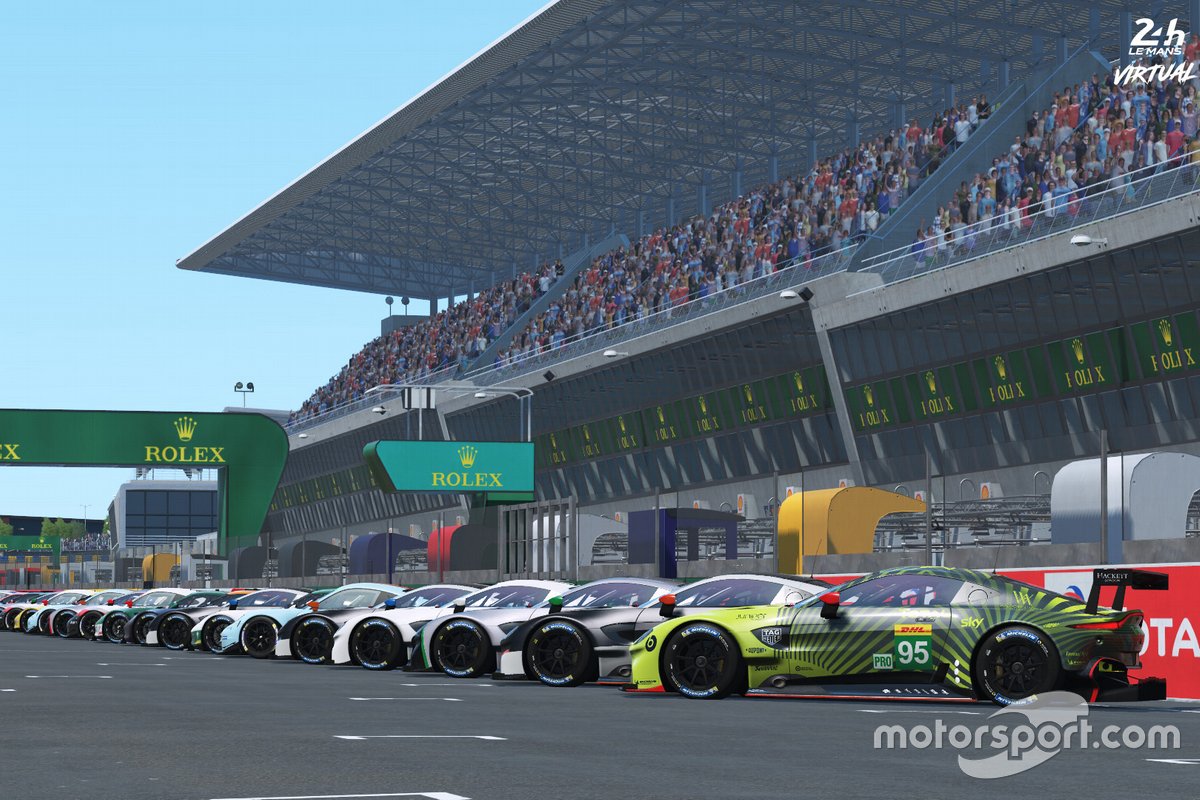 Seidl: Sainz was "clever" to let Norris by before DRS zone