Helio Castroneves and Dane Cameron drove their Acura Team Penske ARX-05s to first and second in Saturday morning practice for this weekend’s fourth round of the IMSA WeatherTech SportsCar Championship, as Ryan Briscoe topped the GT Le Mans times for Ford. 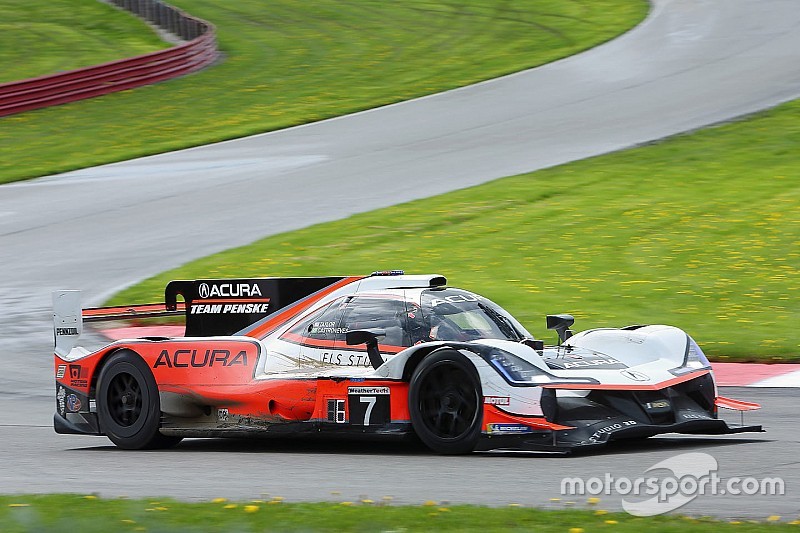 The one-hour session featured an early red flag when Townsend Bell’s AIM Vasser-Sullivan Lexus RC F went off the damp track exiting Turn 2 and needed a tow out of the bog. He managed to get his filthy car back to the pits under its own power, but amazingly the same car would cause the second red flag, eight minutes before the end of the session. Frankie Montecalvo fell off the track but restarted without aid and burbled back to the pits.

That left six minutes of opportunity for improvements, and 35 of the 36 cars hit the track but Castroneves’ previous best – set just before the second stoppage – was topped only by teammate Dane Cameron… and then himself. On the track where he and Ricky Taylor earned Acura Team Penske’s first win together last year, Castroneves got down to 1min12.737sec, over eight-tenths clear of Cameron’s best effort, albeit still more than a second slower than his pole time from 2018.

Action Express Racing’s Cadillac DPi-V.Rs were next up, Joao Barbosa ahead of Pipo Derani but both over a second away from P1, while Simon Trummer set fifth fastest for JDC-Miller in another Caddy.

Oliver Jarvis had the faster of the two Mazda RT24-Ps, as Jonathan Bomarito in the #55 car couldn’t find a way to beat the best effort of temporary co-driver Ryan Hunter-Reay, set in the greasier conditions early in the session.

Another last-lap improvement, this time from Briscoe, saw the #67 Ford GT jump to the top of GT Le Mans, ahead of Laurens Vanthoor and Patrick Pilet, while Jesse Krohn’s best in the #25 BMW M8 nudged it ahead of both Corvettes and the second Ford.