GTD Pro class for GT3 cars to replace GTLM in 2022

This year will mark the final season of GTLM in the IMSA WeatherTech SportsCar Championship, as the series switches to two GT3-based series in 2022. 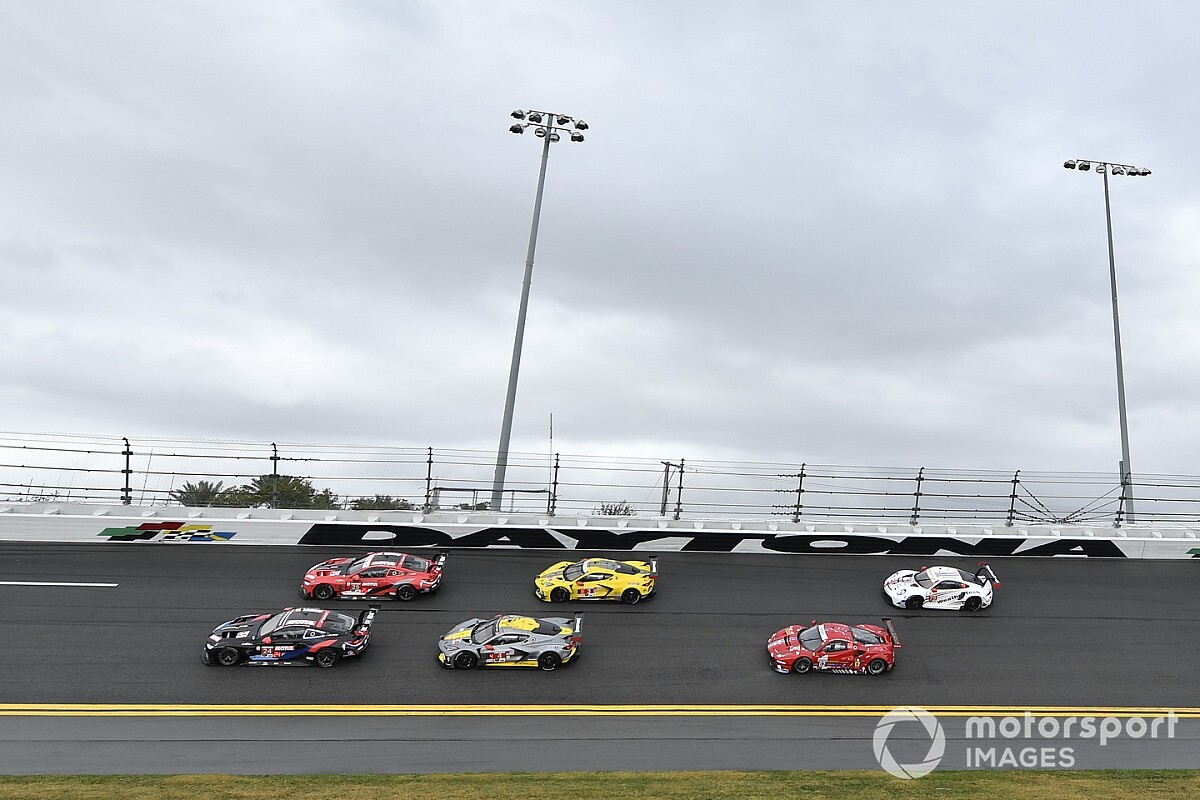 GTD Pro will include cars built to FIA GT3 technical regulations, offering the opportunity for factory teams and driver lineups to compete in the class. Customer teams featuring Pro-Am or Am-Am lineups will have the choice of competing in either GTD Pro or the standard GTD class.

The news comes as GTLM has dwindled to just three full-time entries in 2021 – two Corvette C8.Rs and the WeatherTech Racing Proton Competition Porsche 911 RSR. The field is boosted at to five at Sebring, Watkins Glen and Petit Le Mans thanks to the inclusion of BMW M8s, and six at the Rolex 24 with the further addition of Risi Competizione’s Ferrari 488.

“The IMSA WeatherTech SportsCar Championship has long been regarded as featuring the world’s greatest GT manufacturers, teams and drivers and some of the world’s most exciting and competitive professional GT endurance racing through the GTLM class,” said IMSA president John Doonan. “We believe the move to GTD Pro offers the best opportunity for manufacturers and teams to continue that legacy well into the future.

“We expect considerable manufacturer participation when we kick off the GTD Pro class a year from now in the 60th Rolex 24 at Daytona.”

New FIA GT3 technical regulations will debut in 2022. New cars built to those specifications, as well as any existing cars upgraded through “Evo” kits will be eligible to compete in GTD Pro and GTD starting next year.

There are nine manufacturers currently participating in IMSA with GT3 cars in the GTD class.

Chevrolet’s director of motorsports competition engineering Mark Stielow, responded to the news: "The introduction of a GTD Pro category in the IMSA WeatherTech SportsCar Championship is a positive move forward for the future of professional GT racing in North America.

“We appreciate the leadership and openness from IMSA during this on-going process. Now that the class structure has been established, Corvette Racing and Chevrolet will continue to work with IMSA to determine how Corvette could fit into this new future of GT competition.”