The IMSA WeatherTech SportsCar Championship has issued a calendar for the 2020 season, featuring the same 12 venues as this year's schedule. 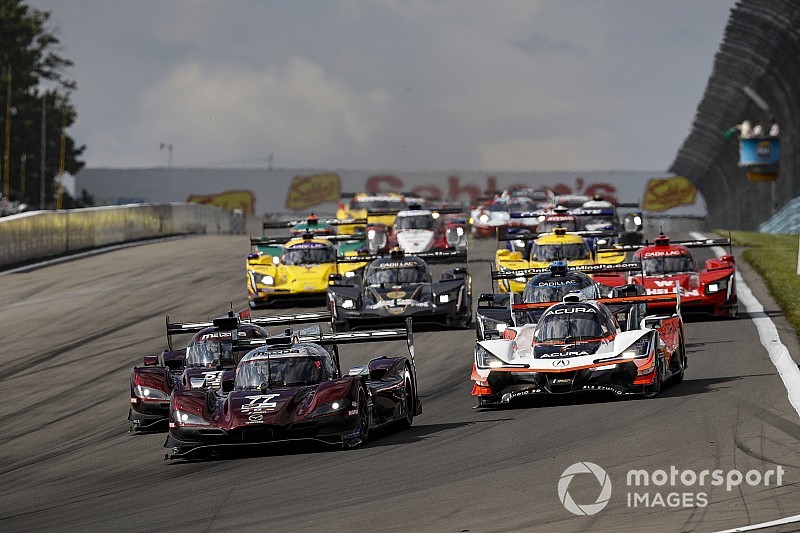 Unveiled on Road America during Friday's annual 'State of the Series' address, the 2020 calendar features no significant date changes, with only the Sebring 12 Hours and the following race at Long Beach having both moved back a week.

The Rolex 24 at Daytona will kick off the season on January 23-26, following the 'Roar Before the 24' test on January 3-5, while the campaign will conclude on October 7-10 with the 10-hour Petit Le Mans event at Road Atlanta.

Once again, the DPi cars will undertake a 10-round schedule, skipping just the GT-only races at Lime Rock Park and Virginia International Raceway, but the LMP2 calendar has been cut from eight to just six rounds.

The secondary prototype class will not feature at Canadian Tire Motorsport Park in July, while the Rolex 24 will no longer count for LMP2 points, although the race will remain open to LMP2s.

As per usual, the GT Le Mans squads will not participate at Detroit at the end of May, while the GT Daytona field will be absent from Long Beach in April.

The Sprint Cup for GTD competitors will comprise the same seven rounds as this year, with the Detroit race again only counting towards that competition.