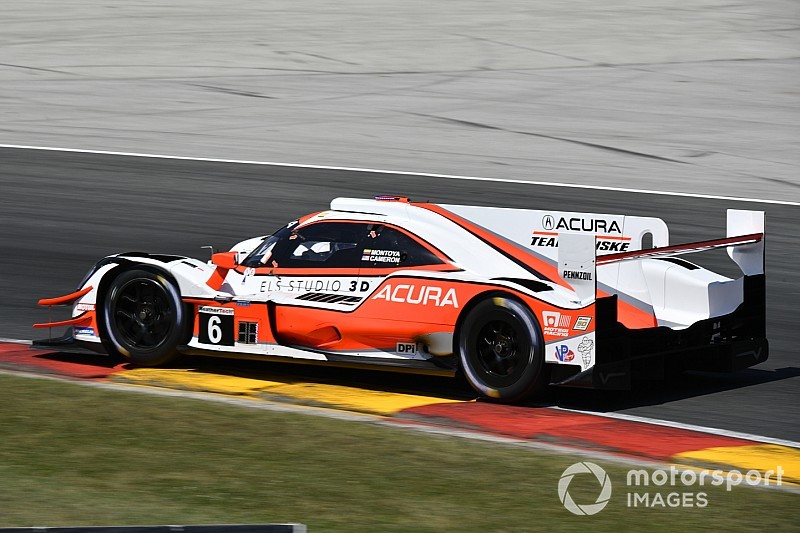 Montoya turned a 1min50.256sec lap to edge Taylor by a mere 0.028sec, the pair of ARX-05s a quarter-second faster than Oliver Jarvis in the quickest of the two Mazda RT24-Ps.

Harry Tincknell was a further 0.3sec in arrears in the second Mazda while Colin Braun slotted the CORE autosport-run Nissan DPi into fifth.

Again, ex-Formula 1 driver Felipe Nasr was the swiftest Cadillac driver, but his Action Express Racing entry was off the ultimate pace by more than one second. Gary Nelson’s AXR crew did occupy the top two spots in this Prototype sub division, with Joao Barbosa running 0.4sec slower than his teammate, and just ahead of Renger van der Zande in the Wayne Taylor Racing Caddy.

In GT Le Mans, a last minute surge from Earl Bamber saw the #912 Porsche 911 RSR edge ahead of the two Ford GTs of Ryan Briscoe and Dirk Muller.

Jan Magnussen was less than 0.3sec off top spot in the #3 Corvette C7.R, and ahead of Porsche's Nick Tandy, Corvette's Tommy Milner, who is returning from injury after a two-race hiatus, and the two BMW M8s.

The Riley Mercedes AMG-GT3 of Ben Keating and the Turner Motorsports BMW M6 of Bill Auberlen were next up, while Trent Hindman’s fifth-placed Meyer Shank Racing Acura was a second adrift.

Third practice starts at 8.55am local (Central) time tomorrow with qualifying at 12.35pm.