Taylor will partner Antonio Garcia in one of Corvette's all-new mid-engined C8.Rs next season, starting with next January's Rolex 24 Hours at Daytona, moving across from the Wayne Taylor Racing Prototype squad run by his father.

The 28-year-old had been part of the WTR set-up since 2013, winning the final Grand-Am title alongside Max Angelelli that year and then taking IMSA Prototype honors in 2017 alongside elder brother Ricky, who now races for Acura Team Penske.

J. Taylor was also part of Corvette's Le Mans 24 Hours lineup between 2012 and '17, scoring a GTE class win in 2015 alongside Oliver Gavin and Tommy Milner.

“It’s a huge honor to be back with Corvette Racing for 2020 and part of the full-season lineup," said Taylor. "I’m very proud to be joining one of the most successful teams in sports car racing history and to represent the Corvette and Chevrolet brands.

"I was very fortunate to spend six years with Corvette in the endurance races driving both the C6.R and C7.R. Now being back with the brand new C8.R is really special.

"I am especially happy to be back driving alongside Antonio, who I believe is one of the best GT drivers in the world. I know I will have a lot to learn over the next few months leading to Daytona, but I’m ready and looking forward to the challenge of GTLM.”

Corvette had announced Magnussen's departure from its squad last month, ending a 15-year association between the Danish driver at the American brand.

Garcia, who scored three American Le Mans Series/IMSA titles alongside Magnussen in the #3 Corvette, commented: “First off, thanks to Jan for all the great years we had in Corvette Racing. I’m proud of what we all were able to accomplish together as a team.

“Now as I look ahead, welcome back to Jordan. I am happy to have him now as a full-time teammate. We obviously know each other very well, so I’m looking forward sharing the car together and hopefully returning to our usual Corvette Racing form.

"The 2020 season is an important one for all of Corvette Racing with the new C8.R. It’s very different from any Corvette I have ever driven but in a positive way. I’m anxious to continue testing and development with all our team.”

Gavin and Milner meanwhile will continue to share the #4 car for a ninth consecutive season in 2020, making them the longest-standing driver pairing in IMSA.

Wayne Taylor Racing said it would make a statement "in the coming days" regarding its 2020 line-up, with ex-Ford GTLM racer Ryan Briscoe poised to join Renger van der Zande. 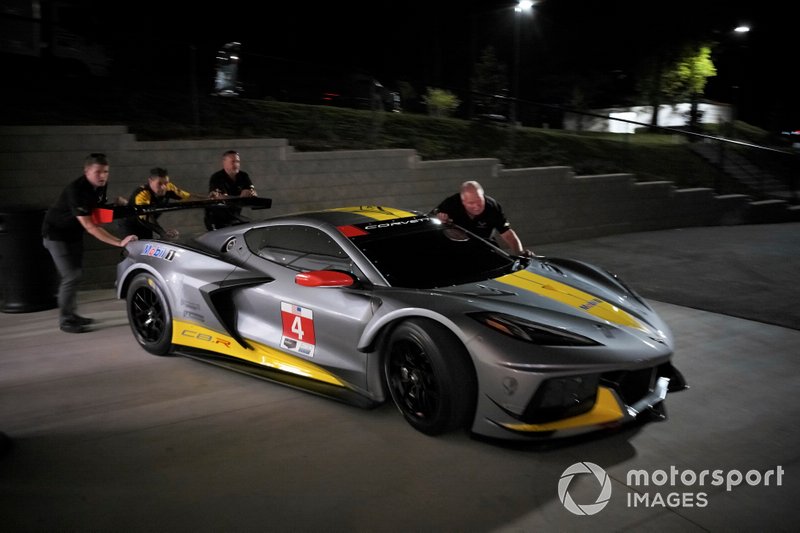 The Corvette team moves the 2020 #4 Corvette Racing Corvette C8.R, GTLM into place for the introduction to the racing world.

The new Corvette C8.R and the legacy it must match

Milner: Corvette C8.R is “the best I’ve ever had at Le Mans”