Jordan Taylor says the fourth win in the 2020 IMSA WeatherTech SportsCar Championship for he and Antonio Garcia was the result of a perfect weekend for the #3 Corvette C8.R. 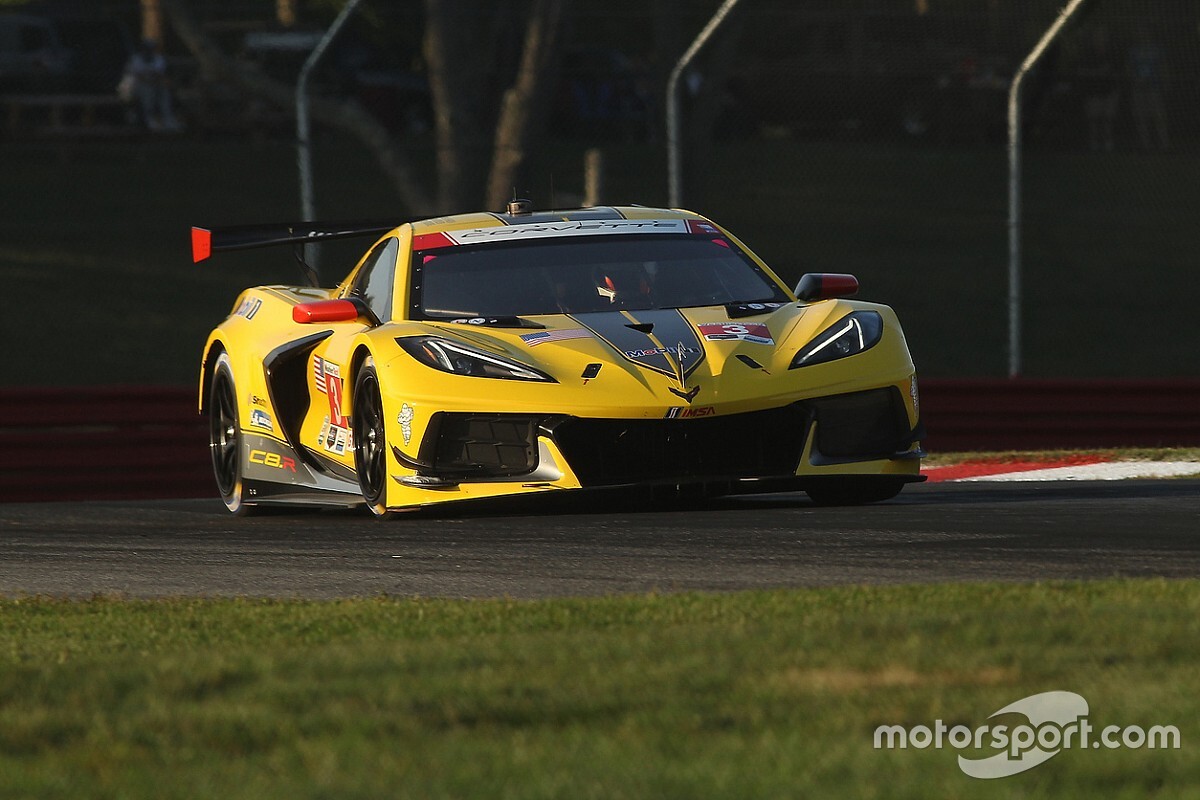 Taylor took a dominant pole around the 2.258-mile course on Sunday morning, and while he lost the lead at the start of the race to teammate Oliver Gavin, he kept applying pressure until Corvette Racing’s British veteran made a slight error at Turn 4 on Lap 18.

That allowed Taylor to move alongside the #4 car and wrest the lead away in a class that featured only Corvette and the BMW M8s, following Porsche’s withdrawal due to an intrateam Covid-19 scare after the 24 Hours of Le Mans.

Thereafter, Taylor kept well clear of the sister car, and while Gavin’s co-driver Tommy Milner drew within one second of Taylor’s co-driver Antonio Garcia in the final stint, the Spaniard nailed the class’s fastest lap to pull away again. It was the fifth win of the season for Corvette Racing, and the fourth for the #3 car.

Said Taylor: “It was a perfect weekend for our Corvette. I think the #3 Corvette led every session in practice, qualifying and the race. The car rolled off the truck really well.

“This was one of the tracks where we never tested at, so the preparation by the team really set us up well. We lost the lead early, but I knew we had the fastest car and I wanted to get back by. Once the #4 car made a little mistake, I had to make the most of it.

“When we got back to the front we could control it from there. It was another great job by everyone at Corvette Racing - five wins for the team and four for us in the 3 car."

Added Garcia: "You always get nervous. Even your teammate is pushing you hard. But it's another great day for Corvette Racing and going 1-2. It's a shame that Porsche is not here as we want them back for sure.

“It was a brilliant job by everyone. Jordan did a fantastic job all day long, getting on pole and then getting a solid lead even if there were a ton of yellows. But when you are in that position, you are in control of the race. The C8.R worked perfectly again today.

“This ticks off another win for me because I had never won here. Let's see if I can get another one at Atlanta because I've never won there, too! Just a great day for Corvette Racing."

Asked if he was surprised that the mid-engined C8.R has looked so strong in its first ever IMSA season, Taylor commented, "Once we got the first win, that was a little bit of a strategy call. Since then, we've been so strong on pace and reliability.

“That's just Corvette Racing and the staple of this team. I'm glad to be here and to be with Antonio. Today definitely helped us in the championship. Only four to go.”

The next event is the 2hr40min GT-only race at the Charlotte Motor Speedway Roval, followed by Petit Le Mans (approximately 10 hours), WeatherTech Raceway Laguna Seca (2hr40min) and the 12 Hours of Sebring.