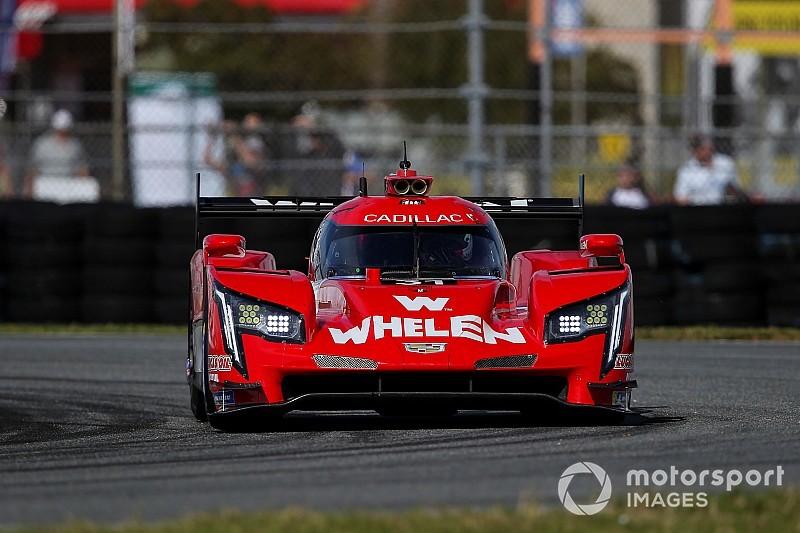 On a wet but drying track, only four prototypes set a reasonably representative times, Nasr lapping the course in 1min36.108sec in his #31 AXR Cadillac DPi-V.R.

That put him 0.599sec clear of teammate Albuquerque, while Tristan Vautier in the #85 JDC-Miller Motorsports entry made it a Cadillac 1-2-3. Jonathan Bomarito was fourth in the #55 Mazda RT24-P of Mazda Team Joest.

The relative lack of hot laps from the Prototypes allowed GT Le Mans to rise to prominence, and it was Frederic Makowiecki and Mathieu Jaminet who put the Porsche 911 RSRs at the top of the times, ahead of Rene Binder in Juncos Racing’s Cadillac Prototype.

Henrik Hedman was top of the LMP2 cars, wheeling the DragonSpeed Oreca to a 1:46.657.

The two Acura Team Penske Acura ARX-05s set only sighting laps, as did Markus Winkelhock in the Moorespeed Audi R8 in the GTD class.