The son of MotoGP legend Mick Doohan has spoken highly about the Madras Motor Race Track, saying the Chennai-based circuit “separates the men from the boys”.

The layout of the MMRT has remained virtually unchanged since the track was inaugurated in 1990, despite recent track resurfacing and paddock renovation work.

Crucially, the circuit has retained its punishing grass-based run-off areas even as other traditional tracks like Monza (Italy) replace them with tarmac.

16-year-old Jack Doohan, who raced at Chennai for the first time last weekend in the MRF Challenge, says this characteristic of MMRT gives him the same feeling of driving at a British track

“It’s very much like a British track, it’s how tracks should be like,” Doohan told Motorsport.com India.

“Everywhere now you can’t really find your proper limit as there is so much run off, you lock up and you go into the run-off and you turn around.

“Whereas in the UK [and in Chennai] you run wide you are on grass looking at the wall. There is not much [room for] error, which means you always have to be on the limit, while in the limit in a way.

“It’s kind of like a street circuit but it’s not because you can’t afford to make mistakes otherwise you’ll [end up in the wall] other than just running wide and coming back on.

“So there is lack limit, but it’s not time penalty, you’ll be in the wall. It separates the men from the boys.”

Unlike his father Mick, Doohan Jr has opted for a career in four-wheel racing. While Jack used to ride a 50cc bike during his early years, a go-kart gifted by seven-time Formula 1 world champion Michael Schumacher swayed his interest towards car racing.

“I was on a little 50cc bike and had some mates around,” he told reporters including Motorsport.com India. “Unfortunately I had a crash and broke my leg. I called it quits for my dad, he was a bit scared. Put the bike away, didn’t sit on it for a couple of years

He added: “Michael Schumacher got me a go kart for my fifth birthday. That was pretty cool.

“So I was mucking around in my go kart and then I said to dad: ‘I’ll get back into it and I’ll give it another crack’. Got more into it and then did my first race when I was eight years old and it took off from there.” 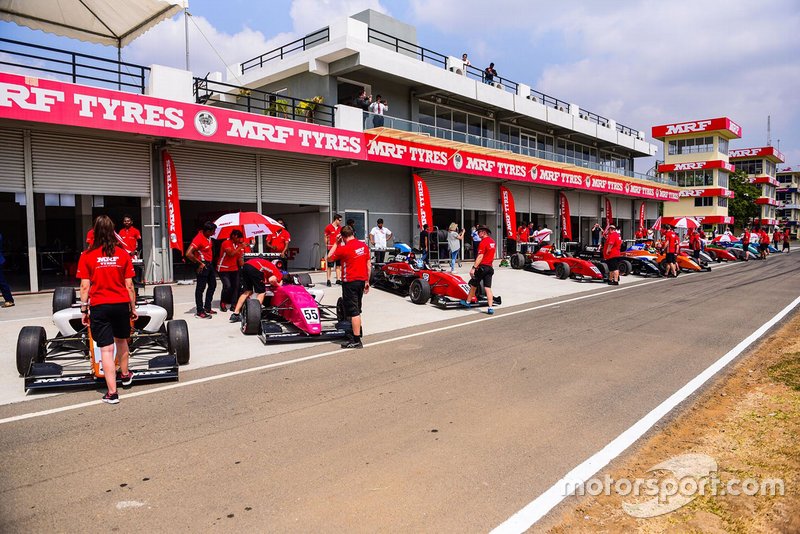